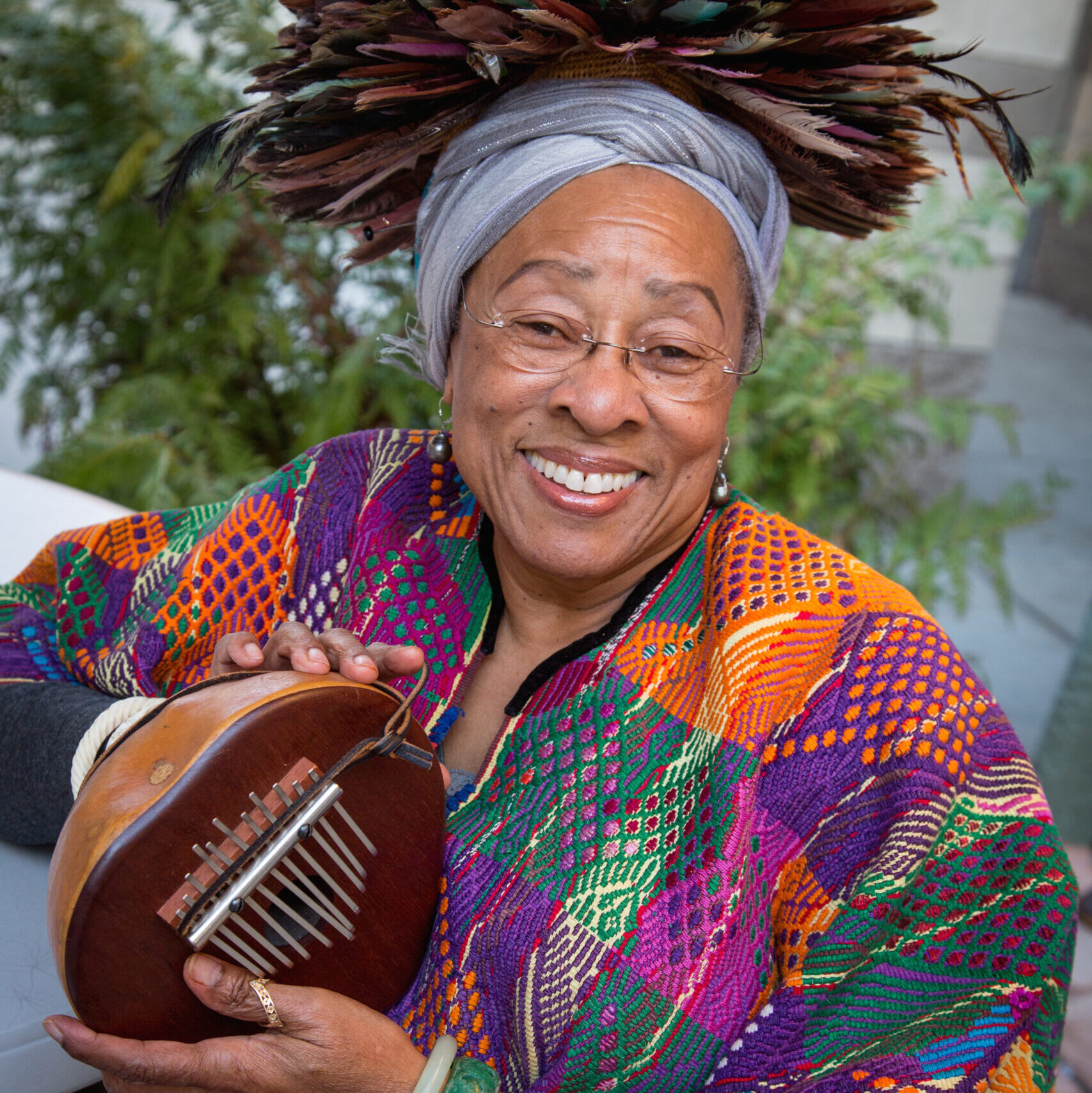 Q: Alyce, what inspired Spittin’ Truth and how was the process of working with Shammy Dee?

Spittin’ Truth was inspired by some very dark and painful times for me. And I’m certain for many other people, but included in that time I had to say goodbye to my mother. She took her last breath on February 16, 2020 and we began this process last year sometime around the 16th of March. Not only had quarantine set in but also I had some very painful experiences in my private life… there was a lot of anguish. And then, of course, the social unrest that was not a surprise to many of us in the community I live, but was a surprise to many people in the culture. So there was just a lot of unrest, a lot of chaos, a lot of pain. I came to the table at the Playhouse Leadership Council just about as frustrated as everyone that was there that first Zoom meeting. In response to Chris Ashley’s question “What do we do?” my immediate response was “well, there’s not enough communication happening between the generations. I was heard and as a result of that, Shammy and I were introduced to one another via Zoom by Jacole Kitchen. She, in her wisdom, felt that we could work together and should have an opportunity to do that as a multigenerational team and that’s how it started: a frustrated grandmother’s cry and a millennial’s response became an experience of working with the Playhouse – a joyful experience. There was a great need in the community and there was a trusting leap between generations that we would be able to speak to each other and create something that would be meaningful to the community in this time.

Q: And that leads us to our next question: Can you speak to the intergenerational aspects of the piece?

I think what we see is a combination of a lot of intergenerational activities. If you look at the first installation, Sermon, you see people protesting – all different ages, all different cultures of people intertwined in the process of … well, I want to say ‘protest’ but it was much more than that. It was a heartfelt gut-wrenching response to layers and layers of injustice that many people were experiencing. The intergenerational part was that no one could not be touched by this because everyone was experiencing it – the blatant killing of people by the hands of police or the blatant injustice at the hands of people who did not respect the democratic process.

Q: Considering how collaborative you and Shammy were in regards to this project and how connective all three of the pieces are with the community, talk about the Sermon Challenge – what is it?

The Sermon Challenge is both an invitation and a mandate. It’s a call to action. But it’s also a gift from the Playhouse to the community for an opportunity to interact. How many of us have ever thought, ‘Oh, man I’d love to do something at the Playhouse, but…” well we can erase the “but.” Here we are – this is an opportunity to share your gift; to respond back and cry out, especially as we look back on the amount of pain we have experienced in this country over the past few months. This basic piece – the music and the words – give anyone a chance to bounce off of the rage that was being expressed, the pain that was being expressed…while there was no sense of hopelessness being expressed, there was a great deal of rage and pain. Many people in the community don’t know how to release that, or are finding ways that aren’t as healthy as they could be; this challenge is a healthy outlet to express your talent, your creativity and whatever pent up emotions you may have that could be expressed in a positive way. Whether you utilize the music, words or both.

Q: What might you say to our subscribers, supporters and audience members about why they should consider getting involved?

It feels like there’s a challenge between generations of simply being able to have a meaningful conversation. A meaningful, truthful conversation with a human connection. For example, I know there’s a real person on the other end that’s not a robot, and I can pause and you will either wonder if I’m going to say something else or if I’ve hung up, you know? There’s a thinking person on the other end. I find that that continues to be a major challenge between older and younger generations – to be able to have a pure conversation that is not overruled by control, authority or the various “isms” that we place on generations.

I’d consider it to be a gift to respond to this challenge and a way to connect – you don’t have to manipulate the technology yourself; this is a chance to have a younger person help you. Reach out – ask someone younger “Would you video my response? Would you mind getting this up on the platform so it can be seen? I just need a little bit of help here.” And I find that I get so much response from the younger people when I ask in that way because I’m not trying to tell them what to do with their lives, I’m just asking for help. I think that makes a big difference in our communication patterns. Younger people may want to create their lives on their own but at this point, everything is in flux. It might not be a bad idea if we could exchange some of the survival techniques and thriving techniques that elders have built from the past, things you might consider to be “wisdom.” And perhaps connect that with the wisdoms that younger people have, and it’s not all technologically oriented. It’s one of those symbiotic relationships that we just have to acknowledge is necessary at every level of our lives. Technology is a way we can bridge that.

Shammy and I got past some of those communication barriers because we had to… we didn’t have the outlet to do the studio thing that actors like to do when we’re coming together to create. We didn’t have that option. We had Zoom. We had to make do with what we had, and what we had was the internet. We started out with him making music and me making words, and I didn’t particularly like his music and he didn’t particularly like my words, but we had to find a way to bridge that. I say that with laughter because Shammy is the epitome of genteel-ness; he never said anything about not liking what I was doing, he just didn’t respond. So I had to fill in the gaps, and I just asked him for his input and that’s when we began to get some movement. I decided to take a more humble position.

Q: It sounds like, in your taking that humble position, you helped break down that communication barrier – in bowing down just a little, you pushed the bricks down with you, which led to the two of you being connected much faster and Shammy feeling that connection, as well?

That’s a lovely way to put it. I hope with all of my heart that this project has given people something they resonate with and can grow from, but if no one else did, I got a thousand percent out of this for myself in terms of my own growth and development. I had my first birthday without my mother. I had to trust my creative capabilities in the hands of people I didn’t know. To get back what I got back was 100% love. It was astounding and I’ll never forget it. It provided a great deal of healing for me from the very dark and chaotic process I started out with. I’m grateful for that. The Playhouse provided a loving environment that was there for me to trust, and it didn’t fail me. ♦