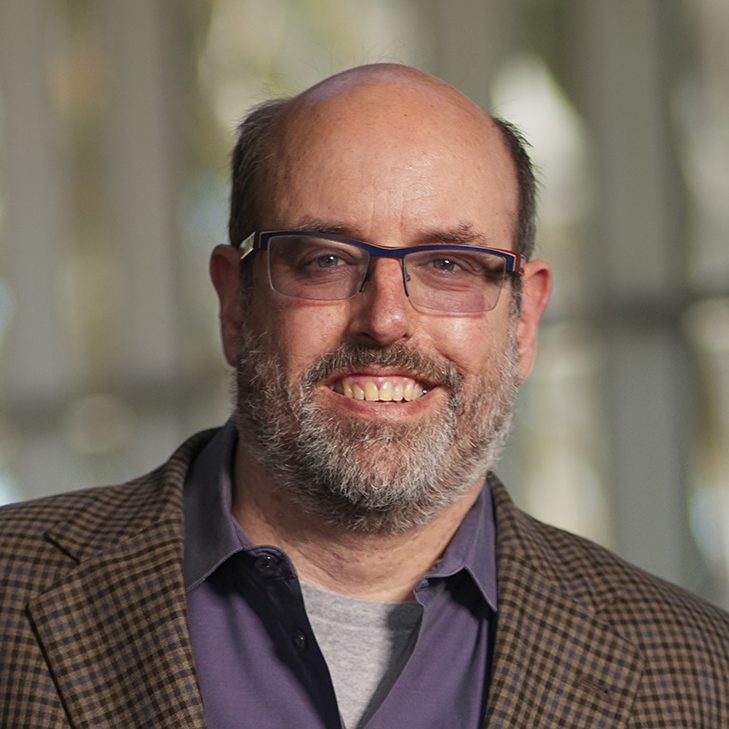 Tony Award-winner Christopher Ashley has served as La Jolla Playhouse’s Artistic Director since 2007. During his tenure, he directed the world premieres of Come From Away, Diana: The Musical, Memphis, Escape to Margaritaville, The Squirrels, A Dram of Drummhicit, Restoration and Chasing the Song, as well as His Girl Friday, Glengarry Glen Ross, A Midsummer Night’s Dream, Freaky Friday and Xanadu. He also spearheaded the Playhouse’s Without Walls (WOW) initiative, the DNA New Work Series and the Resident Theatre program.

Mr. Ashley recently directed Come From Away for AppleTV+ and Diana: The Musical for Netflix. Other screen credits include the feature films Jeffrey and Lucky Stiff, and the American Playhouse production of Blown Sideways Through Life for PBS. 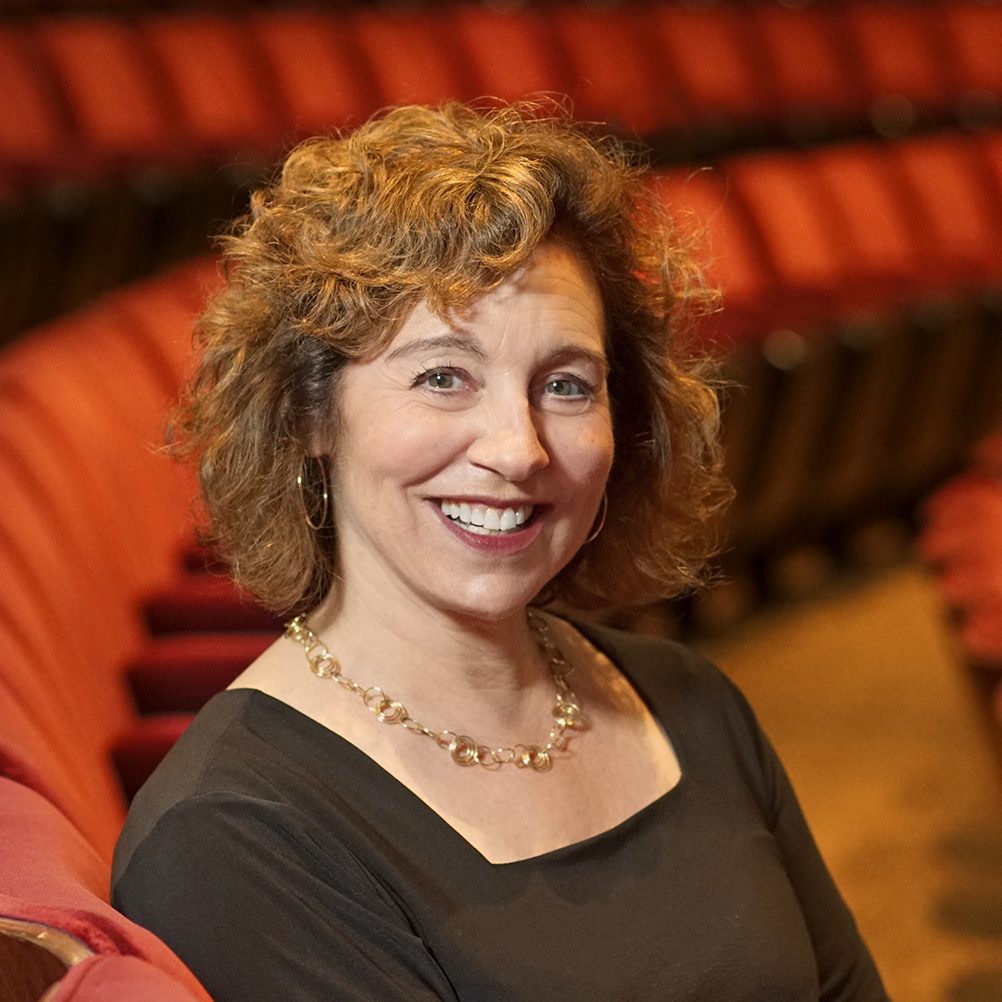 was appointed La Jolla Playhouse’s new Managing Director in 2018 and has served as General Manager of the Playhouse since 2002. She is a member of the Executive Committee of the League of Resident Theaters (LORT). In 2009, she received a San Diego Women Who Mean Business Award from San Diego Business Journal. Previously she served as Counsel to the John F. Kennedy Center for the Performing Arts and the National Symphony Orchestra in Washington, D.C. She was a faculty member of the Smithsonian Institution’s program on Legal Problems of Museum Administration. Prior to the Kennedy Center, she served as a corporate attorney in New York City and Washington, D.C. She is a graduate of UC San Diego and Harvard Law School. Ms. Buchholz and her husband, noted author and White House economic policy advisor Todd Buchholz, live in Solana Beach and are the proud parents of Victoria, Katherine and Alexia.

Eric Keen-Louie (he/him/his) joined the Playhouse in September, 2018, after seven years at The Old Globe, where he started as Associate Producer and later became Associate Artistic Director. At the Globe, he helped guide nearly fifty productions, including the pre-Broadway productions of Bright Star, Allegiance and the Tony Award-winning A Gentleman’s Guide to Love and Murder. He co-created the theater’s new play development initiative The Powers New Voices Festival and helped launch the arts engagement programs Community Voices and Globe for All. Keen-Louie spent three years at The Public Theater as the Assistant to the Associate Producer and then Director of Special Projects, working on world premieres by Richard Nelson, Suzan-Lori Parks, and Stephen Sondheim, as well as the Tony Award-winning Broadway revival of Hair and the creation of The Mobile Unit. Independently, he produced Kingdom and the GLAAD Media Award-winning when last we flew. He also assisted Broadway producer Margo Lion on Hairspray and Caroline, or Change. He is a recipient of The Edward & Sally Van Lier Arts Fellowship for Producing and an alumnus of American Express’ Leadership Academy. He serves as Secretary for the National Alliance of Musical Theatre’s Board of Directors and chairs the organization’s Inclusion, Diversity, Equity, and Accessibility Committee and New Works Committee. He graduated with a B.A. in Dramatic Literature from New York University and an M.F.A. in Theatre Management and Producing from Columbia University, where he received a Dean’s fellowship. He shares his commute to La Jolla with his husband Anthony Keen-Louie, an administrator in student affairs at UC San Diego. He is a proud third-generation Chinese-American.

Gabriel Greene joined La Jolla Playhouse’s artistic staff in 2007. In addition to curating and producing the annual DNA New Work Series, he has dramaturged over two dozen new plays and musicals for the Playhouse, including The Squirrels, Wild Goose Dreams, At the Old Place, Escape to Margaritaville, Miss You Like Hell, JUNK, The Last Tiger in Haiti, Blueprints to Freedom, Up Here, The Darrell Hammond Project, The Who & The What, Milk Like Sugar (also off-Broadway) and Memphis (also Broadway and London; four Tony Awards). With Alex Levy, he wrote Safe at Home, a site-specific show which was developed through the DNA Series and received its world premiere at Mixed Blood Theatre in 2017 (Ivey Award). Goosebumps Alive, his immersive adaptation of R.L. Stine’s best-selling novels (co-written and directed by Tom Salamon) received its world premiere at The Vaults (London) in 2016. He is a graduate of University of Michigan and Trinity College, Dublin.

Mia Fiorella joined the marketing team at Jolla Playhouse in 2011 and has worked on many hit shows like Come From Away, Yoshimi Battles the Pink Robots, Blueprints to Freedom, Junk and Miss You Like Hell – and all Without Walls projects. Her passion is bringing audiences and artists together to share stories, culture and experiences. Mia previously worked as the Audience Development Manager at The Old Globe, and in Chicago as a Publicist with John Iltis & Cheryl Lewin Associates (a film and theatre PR firm) and as the Marketing & Publicity Director for The Noble Fool Theatre and Trinity Irish Dance Company. She is a proud graduate of the Theatre Management program at DePaul University in Chicago. Mia spent the last twenty years playing women’s ice hockey until recently, when she discovered rowing on Mission Bay. Before all of these many journeys, she danced for the Delia Stewart Dance company in Houston, TX (now the Houston Metropolitan Dance Center) and studied modern and jazz dance in New York City.

Director of Philanthropy
Julia B. Foster

A native New Yorker, Julia B. Foster has dedicated the majority of her career to the non-profit arts, in both performance and administration. After earning a B.A. in dance at Washington University in St. Louis, she pursued a professional career in modern dance, musical theater, singing and acting, including six years as a soloist with the Erick Hawkins Dance Company. Later transitioning to arts administration, Foster most recently worked at the Segerstrom Center for the Arts in Costa Mesa, California, as Vice President of Development, overseeing their successful annual fund campaign that raised a record $10.5 million goal in FY18, and leading the Center’s annual Candlelight Concert gala to its highest net profit finish in its 44 year history. While at the Center, she previously served as the Director of the Capital Campaign, where she oversaw the Center’s $73 million Next Act Capital Campaign, and planned and implemented successful campaign events, including the groundbreaking and opening celebrations for the Julianne and George Argyros Plaza. Past positions at Segerstrom Center include Director of Major Gifts and Director of the Annual Fund. She also co-chaired the Orange County Association of Fundraising Professionals’ National Philanthropy Day fundraiser luncheon. Prior to the Segerstrom Center, Foster held the post of Chief Development Officer at both Project Access and at Irvine Barclay Theatre and served as the Cultural Development Manager for the Vail Valley Foundation in Colorado.

Becky joined the La Jolla Playhouse staff in 2009. During her tenure, she has garnered major national coverage in such publications as The New York Times, Time Magazine, American Theatre, LA Times, Huffington Post and NPR for the Playhouse’s numerous world-premiere, Broadway-bound productions, including Come From Away, Lempicka, Indecent, Diana, Hands on a Hardbody, as well as the Playhouse’s acclaimed Without Walls (WOW) Festivals. Prior to working at the Playhouse, she served Public Relations Director at The Old Globe and has held communications positions at UC San Diego, Boston’s Citi Performing Arts Center and New York City Opera. She is a graduate of Carleton College and the American Musical and Dramatic Academy.

Stephanie is thrilled to join La Jolla Playhouse in 2022. A native Australian, she has enjoyed a career in arts and non-profit marketing in Australia, the UK and USA. She has held leadership positions at premiere organizations including Miami City Ballet, Sydney Theatre Company, Opera Australia, The Royal Academy of Dance and The Royal Children’s Hospital Melbourne. At Miami City Ballet, she developed and implemented some of the most successful campaigns in the company’s history, notably attracting over 64% new audiences to The Nutcracker. At Sydney Theatre Company, she spearheaded an innovative loyalty program for 20,000~ subscribers, and created campaigns for over 80 theatre works including Muriel’s Wedding the Musical, The Present starring Cate Blanchett, numerous classics and new works. Stephanie is passionate about making extraordinary artistic experiences available to everyone.

Bridget has been with La Jolla Playhouse since 2017, first as a Teaching Artist, and now as the Director of Learning. She is a San Diego based educator, improviser, and facilitator and has been performing and teaching improv theater and communication strategies to adults and children since 2005. She has been a Master Teaching Artist with Arts for Learning, San Diego, La Jolla Playhouse, and San Diego Junior Theatre and is a performer and teacher with Finest City Improv. She is the former Education Director for the Baltimore Improv Group as well as a former Teaching Artist for Young Audiences of Maryland. She was a Baltimore County Public Schools High School (MD) English and theater teacher for seven years. Bridget is a graduate of the Young Audience of Maryland Teaching Artist Institute and has extensive training in inclusion, professional development, and arts integration. She holds a masters degree in Communicating in Contemporary Cultures and teaches adjunct at the college level. She has performed improv in Baltimore, DC, New York, Chicago, Austin, Philadelphia, London, and San Diego.

Ryan joined the Playhouse in October 2018. Most Recently Ryan was the Associate Managing Director at the Denver Center for the Performing Arts Theatre Company. Prior to the Denver Center, Ryan was in the General Management departments at New York’s Public Theatre and the Brooklyn Academy of Music, and worked with Off-Broadway’s Second Stage Theatre and Chicago’s Lookingglass Theatre Company. He graduated from the Theatre School, DePaul University in Chicago with a B.F.A. in Theatre Management, and was part of the 2015 artEquity Facilitator Training Cohort. He is a Trustee of the San Diego Theatrical Health and Pension Funds.

Ben Seibert (he/him/his) joined the Production Management team at La Jolla Playhouse in 2014. During his time with the Playhouse, he has overseen production activities for dozens of Playhouse-born plays and musicals including The Hunchback of Notre Dame, The Darrel Hammond Project, Come From Away, JUNK, The Last Tiger in Haiti, Blueprints to Freedom, Escape to Margaritaville, Summer: The Donna Summer Musical, Diana and Fly. He began his career as a technician in the Chicago area after graduating with a Bachelor’s Degree in Theatre Arts from Barat College in Lake Forest, IL. Ben has toured nationally as a technical director and technician and worked in theaters across the country of all sizes. He has worked prominently in the past with The Colorado Shakespeare Festival (Production Manager) and the University of San Diego (Production Manager/Technical Director).

*Past Chair of the Board

Director of Philanthropy
Julia B. Foster

This theatre operates under an agreement between the League of Resident Theatres and the International Alliance of Theatrical Stage Employees Local 122.

Photo credit: René Millán and the cast of American Night, The Ballad of Juan José; photo by Craig Schwartz.