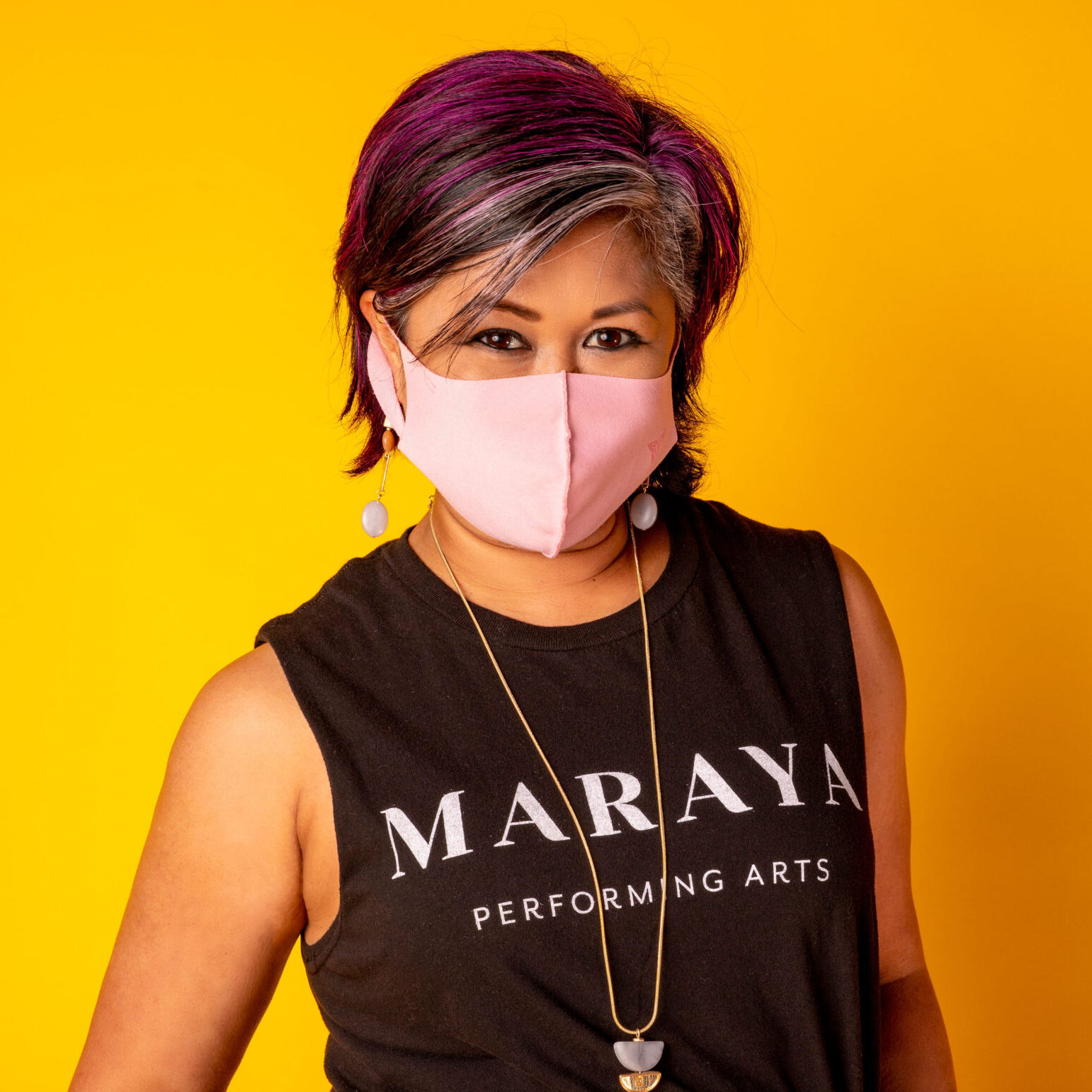 Anjanette Maraya-Ramey, Creator/Director/Choreographer
(She/Her/Hers) is a choreographer, activist, educator, arts advocate, community organizer, and creative entrepreneur. Born and raised in San Diego, Anjanette is a proud, first-generation Filipina-American and Founder of Maraya Performing Arts (MPA). MPA is a new, socially-engaged performing arts collective based in Anjanette’s hometown in South Bay San Diego. MPA is dedicated to celebrating the stories of diverse artists and educating allies of all backgrounds about communities of color. MPA’s mission is to create and foster a welcoming safe space for creative expression and to uplift marginalized voices through the performing arts. An experienced arts administrator and former arts nonprofit Executive Director, Anjanette has been involved in the San Diego regional arts community for the past 20 years. Her choreography has been presented at TEDx San Diego, La Jolla Playhouse, Grossmont College and Diversionary Theater. She holds a B.F.A. in Dance Performance and Choreography from CalArts and a Master’s degree in Nonprofit Leadership and Management from the University of San Diego. She is also a Certified Nonprofit Trainer and facilitates professional development training workshops regionally and nationally to a variety of arts nonprofits, creative entrepreneurs, and small businesses that are led by and/or serve Black, Indigenous, People of Color (BIPOC) and high-need populations.

Eboni Harvey, Director of Photography
Known as EB OF COURSE, San Diego based videographer Eboni Harvey has become known as San Diego’s social justice video “historian.” Starting out with nothing but an iPad, she began to connect passion and purpose after a BLACK LIVES MATTER rally. Since then, she has continued to share stories that would otherwise not be told, through her vision, direction, and videography. She has been on the front lines and continues to document the socio-political change in San Diego. EB produces, directs, and videos high quality music videos and is a content creator for artists all over the U.S. including San Diego, Atlanta, Los Angeles, Chicago, and more. Her vision and direction are unlike any other. She continues to fulfill her purpose with strong ties with the non-profit scene. EB is a lead instructor for the E.M.P.I.R.E. (Entertainment and Media Program Inspiring Rising Entrepreneurs) program and Co-Director of the TAKE EM’ TO CHUUCH album visuals and short film within Paving Great Futures organization – a southeast non-profit that focuses on rehabilitation of marginalized and at-risk communities of San Diego by addressing areas of economic, social and political development. www.ebofcoursevisual.com

Gill Sotu, Spoken Word Artist, Writer
Gill Sotu is a navy veteran, a multi-faceted poet, playwright, musician, DJ and performing artist. He is a two-time Grand Slam Poetry Champion, two time Raw Performing artist of the year, and a three time TEDx San Diego presenter. Currently, he is a teaching artist and a commissioned playwright with The Old Globe Theatre, a program director and teaching artist with Intrepid Theatre, CREATIVE DIRECTOR for TEDx San Diego, 2020 Artist in Residence for the Gainesville Creative Forces Art Summit, as well as the former Artist In Residence for The Jacobs Center for Neighborhood Innovation and Makers Church. He has been commissioned to produce original pieces for leading arts and community organizations such as: The San Diego Symphony, The Unity Way of San Diego County, Feeding America, SD Fringe Fest, and the San Diego Opera to name a few.

Adrian Cantero, Composer, Part 1
Adrian Cantero is a creative entrepreneur, composer, music producer. Born in San Diego, he has spent many years working with nonprofits and being mentored by David’s Harp Foundation (DHF). Learning music at a young age brought within him the desire to create his own music. Picking up a laptop and downloading a DAW (digital audio workstation) at the age of 12, he started to learn what it took to become a producer. With some help and years of training at DHF, Adrian has gone on to produce for a professional artist named Jon Keith – producing and being his executive producer for all his projects. Currently Adrian is still working with many artists, and foundations to bring their soundtracks to life. As a creative entrepreneur he has ventured into his own brand “WE ALL UGLY,” promoting humility and vulnerability through clothing. He plans on continuing to help youth and his community realize that they can make their dreams happen.

David’s Harp Foundation, Sound Design and Sound Editing
DHF is a 501c nonprofit organization with the mission to inspire, educate, and empower opportunity youth to achieve academic success through music education, sound engineering and multimedia production. In 2007, Founder and Executive Director, Brandon Steppe opened his private converted garage to neighborhood youth who were lacking support and motivation, both personally and academically. He developed a program that allowed students to trade grades for studio time, thus forming the basis for David’s Harp. 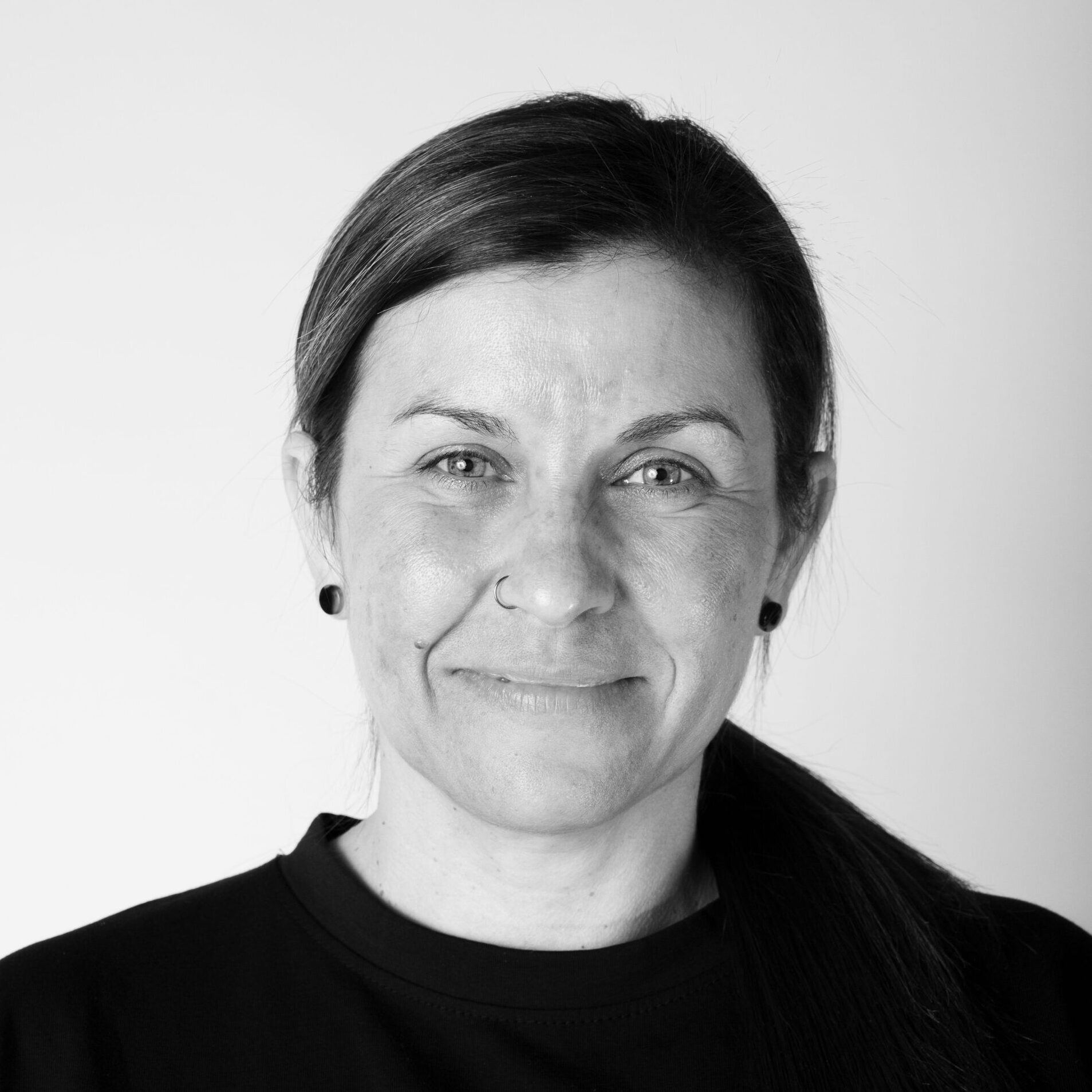 Jessica Harris, Wardrobe Styling
Jessica Harris is a Production Designer with over 20 years experience in the industry specializing in set design, media events, interior design and wardrobe styling. Over the years she has worked with companies such as Crate & Barrel, West Elm and currently Living Spaces. She has also had the opportunity to work in partnership and collaboration with Joanna Gaines Magnolia Home and Nate Berkus + Jeremiah Brent.

Beto Soto, Company Photographer/Documentarian
Beto Soto is a Queer Mexican photographer who focuses on portrait and documentary photography. His work explores self-identity, immigration status and the layers of the LGBTQ+ community. Beto’s most recent photographic work highlights undocumented LGBTQ+ individuals and how both identities intersect. In 2017, Soto received the community fellowship “open places initiative” through Open Society Foundations. With his youth fellowship and the support of The AjA Project, Soto created a series of photo stories highlighting LGBTQ+ Undocumented Americans living in San Diego, California, in hopes of elevating their voices and creating solidarity amongst both communities. Soto’s work has been exhibited at the prestigious Museum of Photographic Arts, Chicano Art Gallery, The Front Gallery, Centro Cultural de la Raza, and San Diego History Center. Through his creative work, Soto radiates resilience and perseverance and inspires communities. Betosotophoto.com @betosotophoto 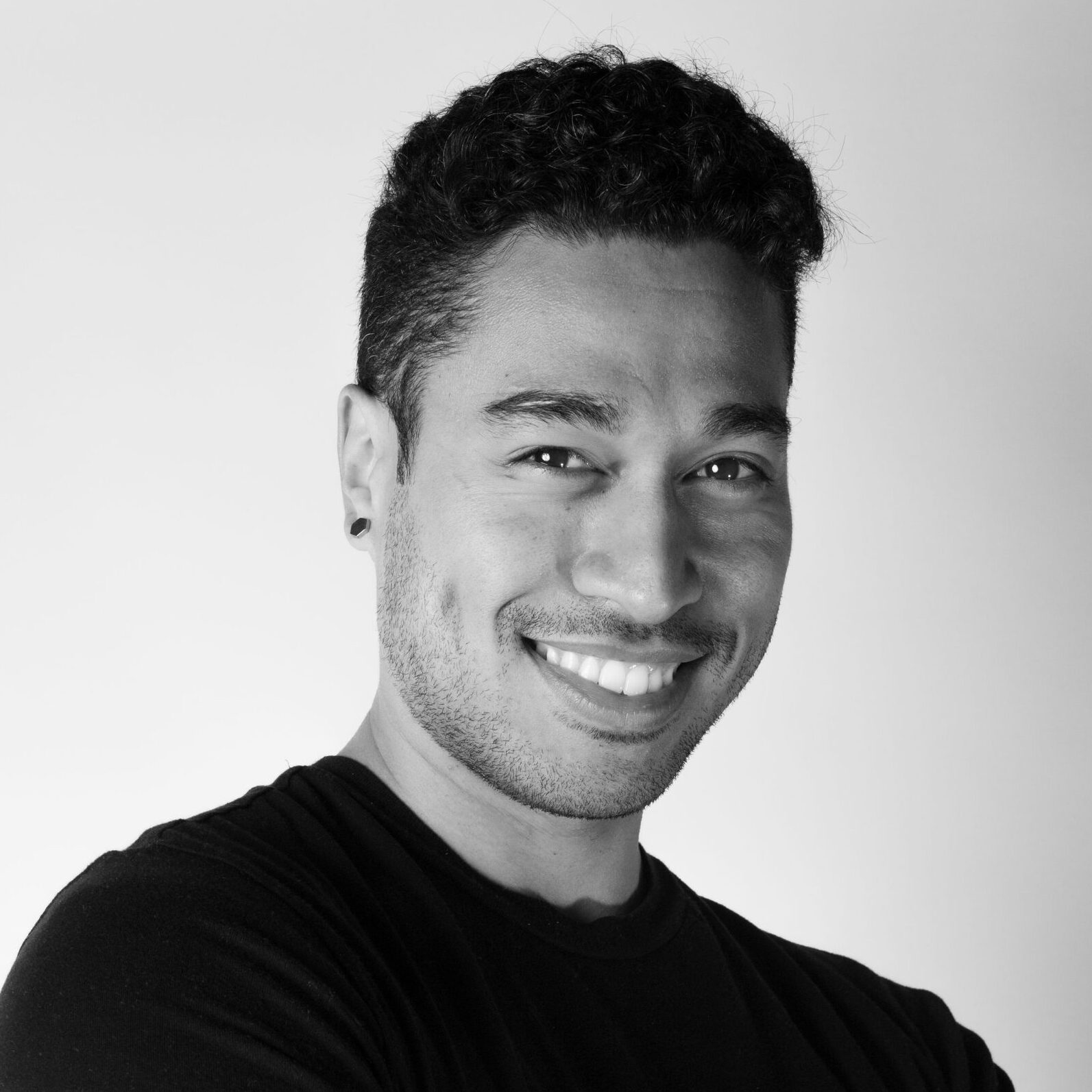 Ala Tiatia
is a musical theatre singer-actor-dancer with regional credits from the Old Globe, San Diego Musical Theatre, Moonlight Amphitheater and La Jolla Playhouse. He trained at MiraCosta College before transferring to CSUF to earn his B.A. in Theatre. Prior to Covid, Ala could be seen performing on stages at Disneyland and California Adventure, as well as stages across the country in a couple of national tours. He thanks Anjanette, Maraya Performing Arts, and the entire cast and creative team of Towards Belonging for allowing him to move again and express himself. Love and gratitude to his mom, dog daughter, husband, best friends, and roommates. #BlackLivesMatter @alatiatia 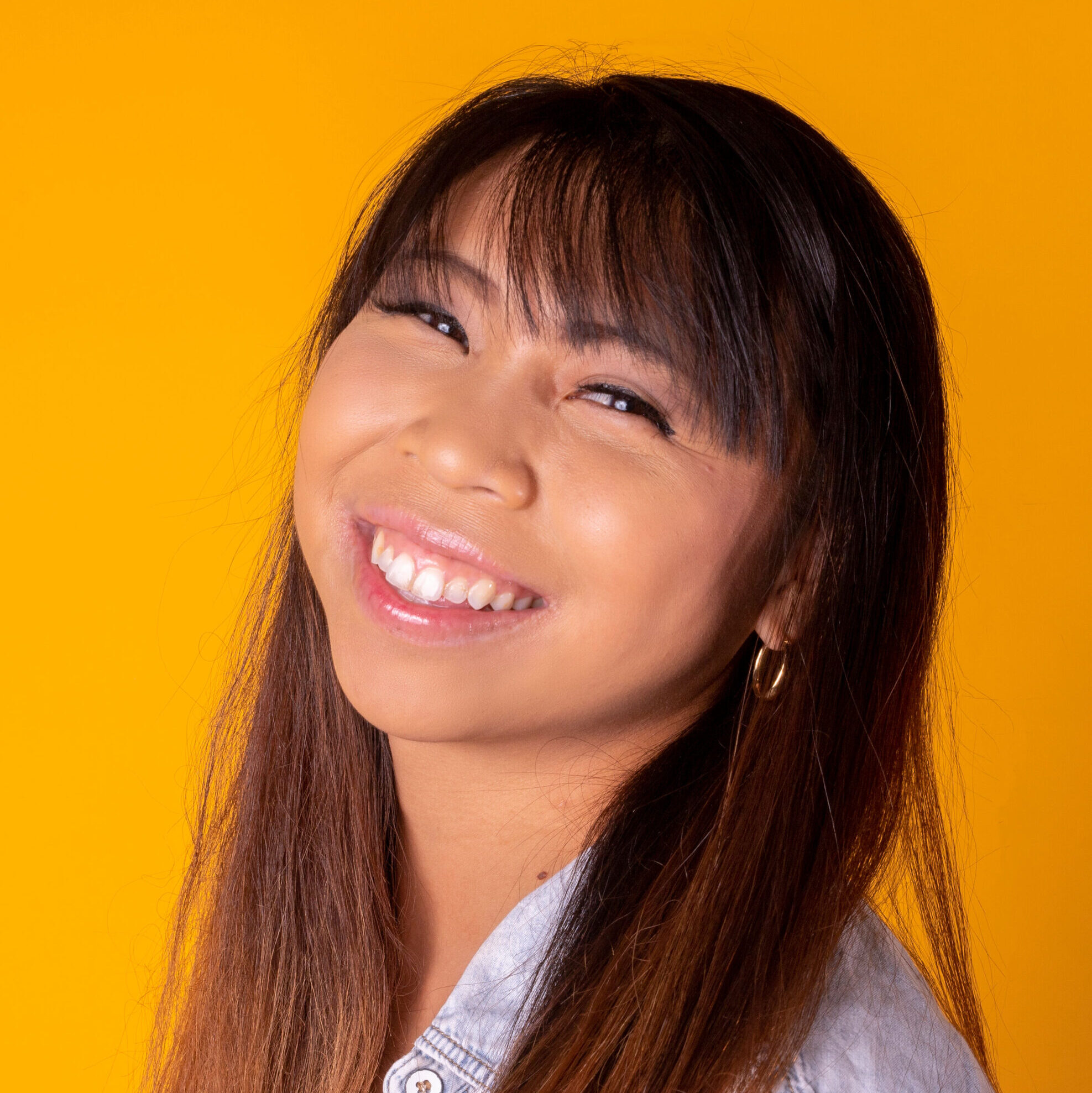 Jasmine Rafael
is a queer Pinay woman and storyteller who believes in the immense power of being present, truthful and intentional through the power of the performing arts. She has been a professional performer for a decade, and through dance, music, acting, and poetry she continually refines her voice and remains a forever student of her crafts. She aims to continue facilitating expansion for the artistic community through purpose-driven creations, joy-filled experiences, and multidisciplinary art. Credits: Netflix’s The Prom, Ariana Grande, Nicki Minaj, MTV, Heidi Duckler Dance Theater, East West Players, Faculty at AMDA, Millennium Dance Complex. 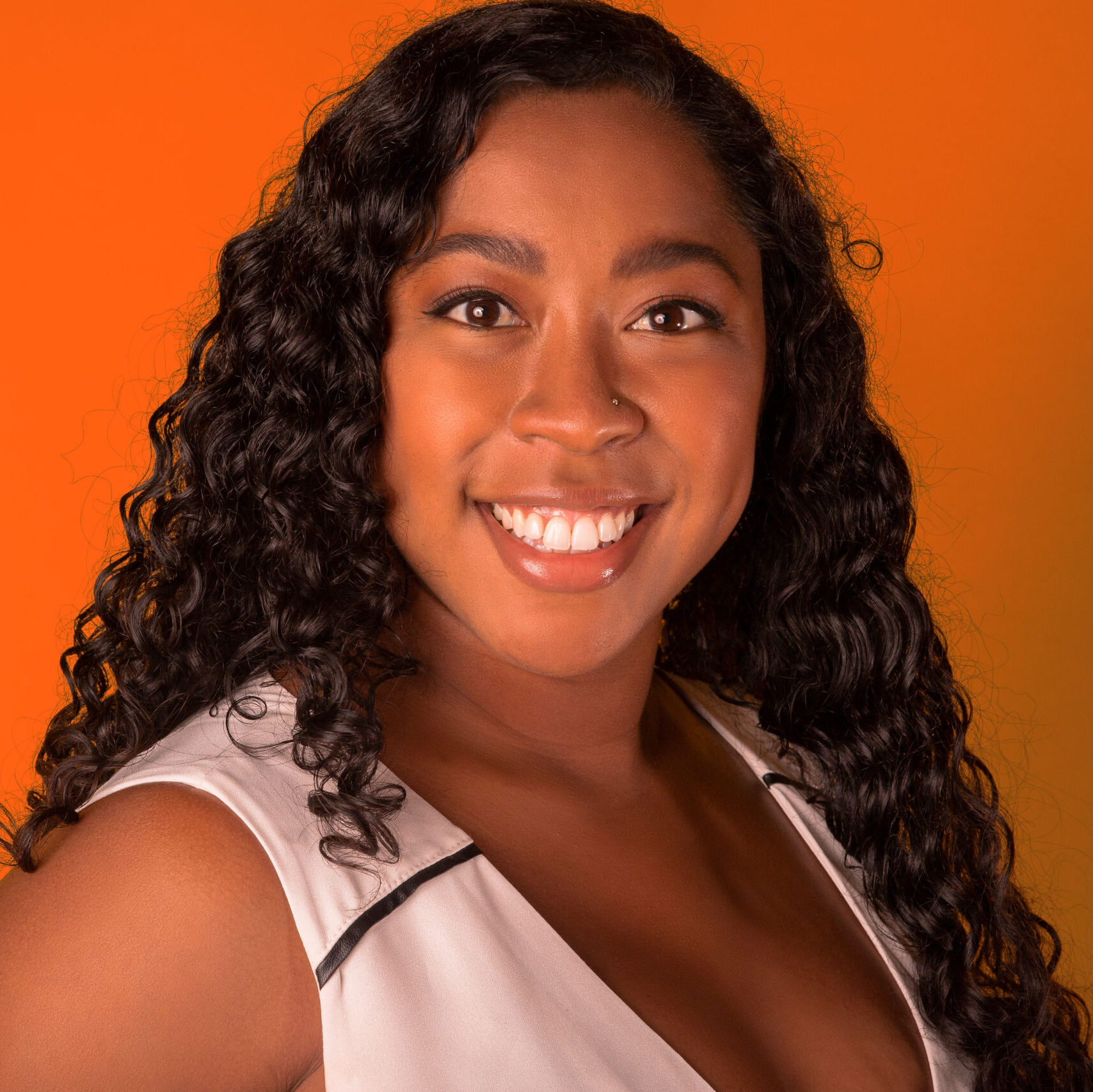 Alyssa Junious
is an Artist, Educator and Creator. Born in San Diego and raised by two military veterans, she received her B.F.A. in Performance and Choreography from the University of California, Irvine. For the past 10 years, she worked professionally in the commercial dance, concert dance and theater industry. As a socially conscious artist, she is dedicated to creating work that engages the community and creates art in Conversation. She is the founder of Continuum and choreographs throughout Southern California. Fascinated with the moving body and training dancers, athletes and fitness enthusiasts using the pilates method, she found a way to combine her love for arts & wellness and co-founded Soultry Sisters, where she empowers women to lead conscious, holistic and creative lives. She is currently working on her arts management certification at UC Irvine. To learn more visit AlyssaRJunious.com and continuum.sd 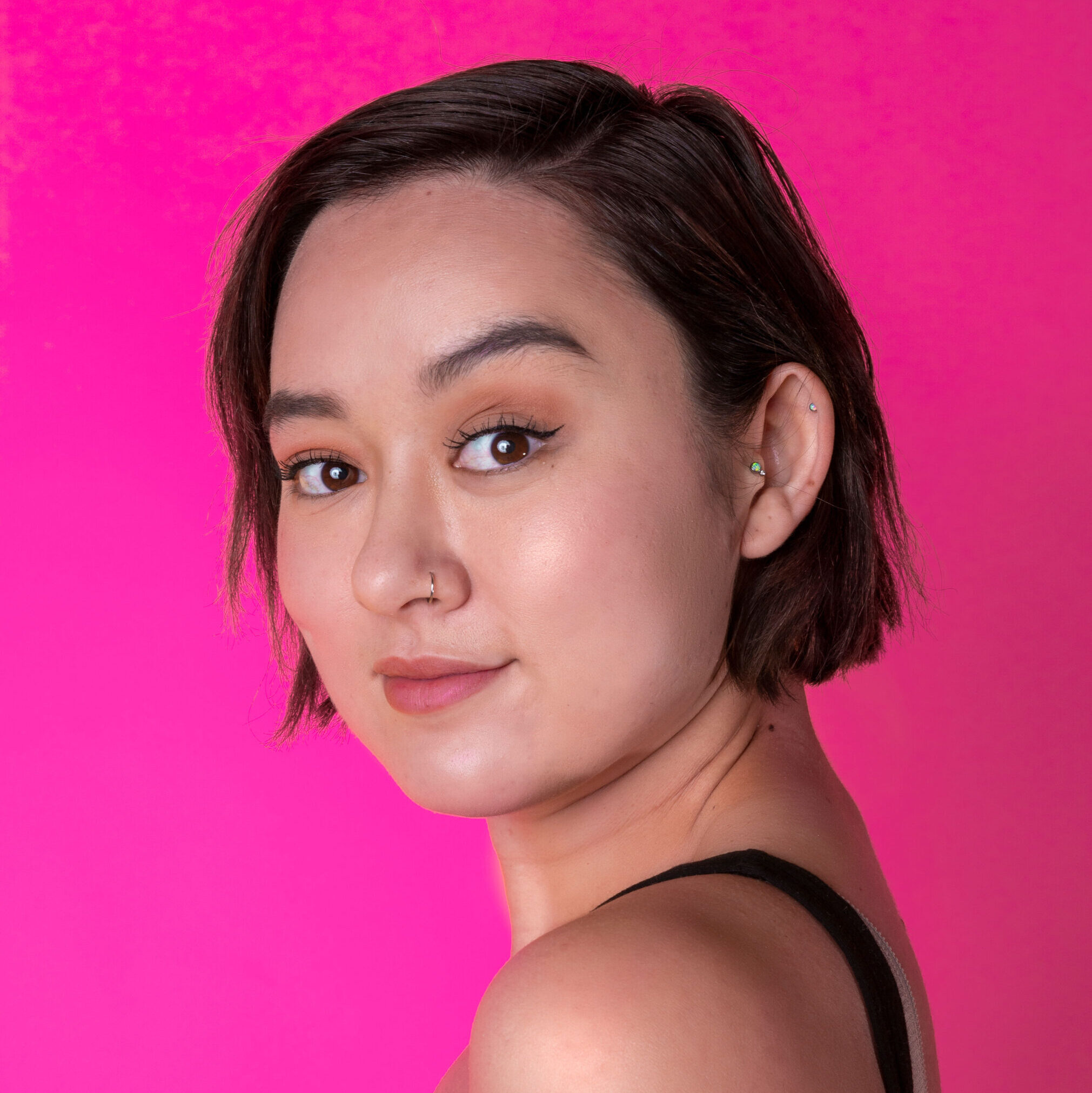 Hannah Pritchett
is a San Diego-based dancer, dance instructor, and movement enthusiast. A graduate of San Diego School for the Creative and Performing Arts (SDSCPA), she danced works by José Limón, Donald McKayle, Anna Sokolow, Fred Benjamin, Christopher Huggins and Tong Wang. As a former apprentice for Philadelphia Dance Company (Philadanco!) she danced works by Daniel Ezralow, Francisco Gella and Donald Lunsford. She then performed with San Diego Dance Theater as a company dancer for two seasons. Hannah is the recipient of the “Best Dancer” award at Young Choreographers Showcase 2016 and 2019 and “Audience Favorite” in 2018. 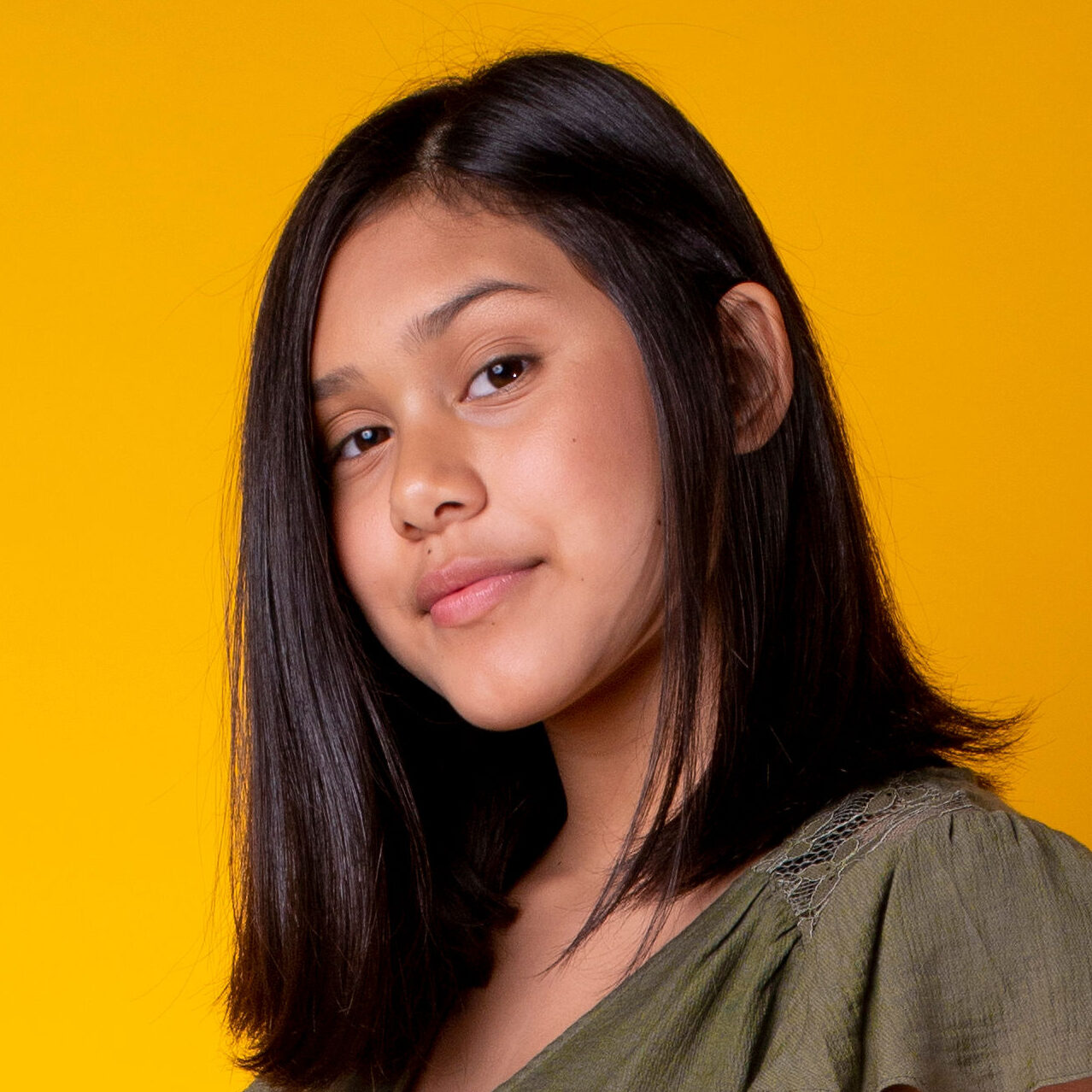 Romi Herrada
is a 12-year-old aspiring dancer, actress and model. She started off training in gymnastics before transitioning to dance. Romi’s dance training consists of ballet, modern/contemporary/lyrical, tap, jazz and hip-hop. She enjoys learning many different dance styles and thrives when showcasing them at various dance competitions. Prior to being a part of Towards Belonging, Romi danced on stage with Jason Mraz at the Spreckels Theatre. She just recently signed with LA Talent in hopes to pursue and utilize her dance skills in the TV and film industry. Her dream is to one day work with Kenny Ortega. 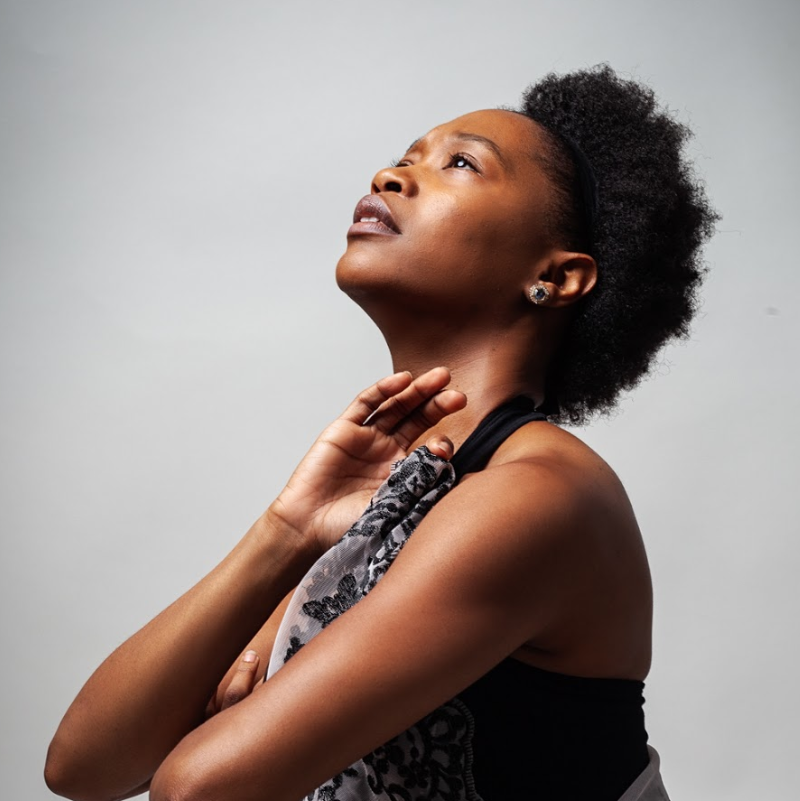 Natasha Ridley, Ballet Soloist
is a formal principal dancer of La Diego Dance Theater and Selah Dance Ensemble, and has been dancing professionally for twenty years and choreographing for ten. She is currently an independent artist working as both dancer and choreographer. She is a native of San Diego and an alumnus of San Diego School of Creative and Performing Arts. She holds a B.A. in Psychology from SDSU and an M.A. in Leadership from USD. Natasha is passionate about providing access to the arts in underserved communities and representing women of color in dance. She believes in the physical embodiment of words, symbols, and stories; ensuring an emotional connection between the artist and the audience. Her work in the community includes volunteering performances to raise money to benefit The International Association of Blacks in Dance, March of Dimes & SHARP NICU, The Jeremy M. Parrish Memorial Dance Scholarship, and the Valencia Park Malcolm X library. Currently she co-produces an annual community engagement event entitled MOSAICS.