SHOW ME A GOOD TIME

Show Me A Good Time is a 12-hour, live-streamed international event that features nine performers streaming in from all over Berlin– from inside an empty theatre, to private homes, to out on the city’s streets– all combining into one live video. The show is set during the summer solstice at a moment when the pause button has been pressed on society, and everyone is stuck in a perpetual living selfie, staring at themselves on a filtered screen. Gob Squad artists reveal an alien world of habits, signs and symbols that once seemed to make sense but now only evokes a time already passed. Patrons can tune in for the full twelve hours or just check in periodically as Gob Squad marks each hour of the summer solstice in their signature improvisational style that blurs the boundaries of art, theatre and real life.

Patron Notes:
This production is performed in Berlin in real time. It is loosely scripted and improvisational in nature. While the piece is predominantly performed in English, brief portions may be in spoken in German. It also may have brief moments of partial nudity, adult content and strong language. Not appropriate for young audiences, 18+. 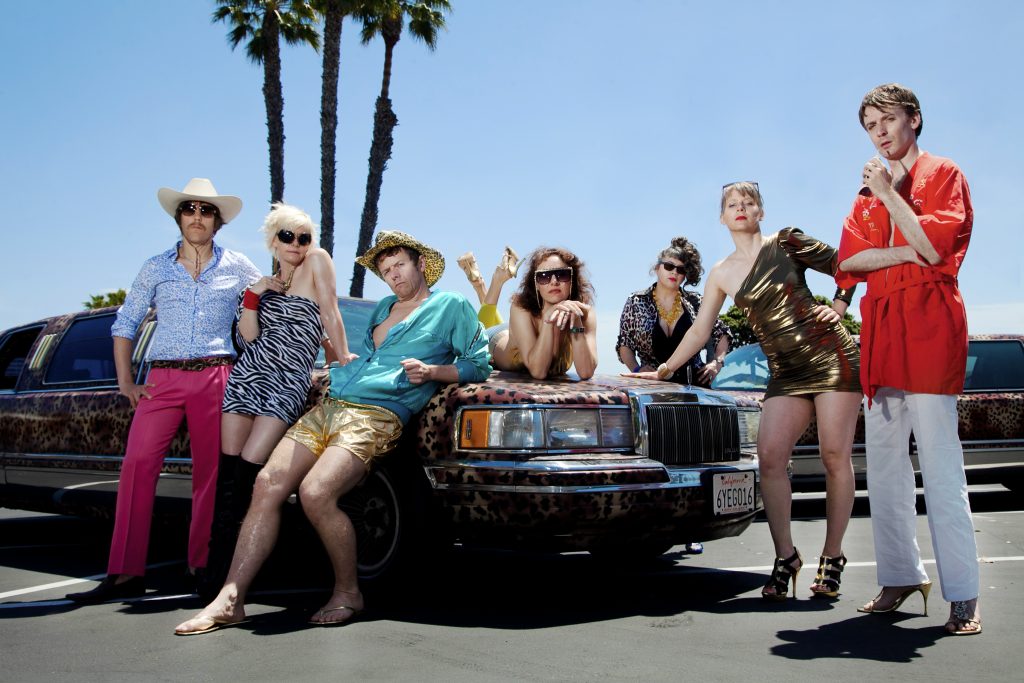 Gob Squad is a seven-headed monster, an arts collective with seven bosses. Gob Squad has a schizophrenic identity and a multiple split personality: hermaphrodite, binational and bilingual, both a patchwork family and a social utopia. They have been devising, directing and performing together since 1994, working where theatre meets art, media and real life. For 25 years, Gob Squad have been searching for new ways to combine media and performance, producing stage shows, video installations, radio plays, interactive live films and urban interventions…

More About the Creators

The use of audio and video technology plays a prominent role in Gob Squad’s work, with the result that alienated forms of intimacy have become a central theme. They try to scratch beneath the shiny, pixelated surface of the 21st century, seeking out the dark corners and hidden desires of contemporary culture. Always on the hunt for beauty amidst the mundane, they place their work at the heart of urban life: in houses, shops, underground stations, car parks, hotels or directly on the street, as well as in theatres and galleries. Everyday life and magic, banality and idealism, reality and entertainment are all set on a collision course and the unpredictable results are captured on video. Motivated by a desire to elevate the everyday and empower audience members to step beyond their traditional role as passive spectators. Core members are Johanna Freiburg, Sean Patten, Sharon Smith, Berit Stumpf, Sarah Thom, Bastian Trost and Simon Will. Gob Squad’s international reputation has grown steadily since coming to prominence at documenta X in 1997. Their productions have been shown on all the continents (apart from Antarctica) where projects such as Super Night Shot (2003), Gob Squad’s Kitchen (2007, winner of New York’s Drama Desk Award 2012), Saving the World (2008, winner of the Goethe-Institut Preis at the Impulse Festival), Before Your Very Eyes (2011, selected for Germany’s Theatertreffen), Western Society (2013), Creation (Pictures for Dorian) (2018) and most recently I Love You, Goodbye (The Brexit Edition) have received wide acclaim.