This is a FREE experience.

Walks of Life can also be streamed on Spotify, Apple, etc.

And All the Birds Loved Her
By Christian St. Croix
Featuring DeLeon Dallas & Baby Bagos Hood

Blindspot Collective is developing a new WOW piece entitled Walks of Life, an original, Playhouse-commissioned work of auditory theatre featuring short scenes by playwrights and composers from across the country. In the midst of a pandemic that fractures and isolates our communities, this aural experience offers the opportunity to safely and imaginatively reconnect with each other by bearing witness to life’s intimate moments captured entirely in sound. Participants experience the performance while walking independently through their own neighborhoods, and over the course of three 30-minute parts, they are introduced to characters and stories that might be unfolding in the homes around them.


Walks of Life is Made Possible in Part by Generous Support from Peggy Ann Wallace, and her faithful walking companion, RYLEE 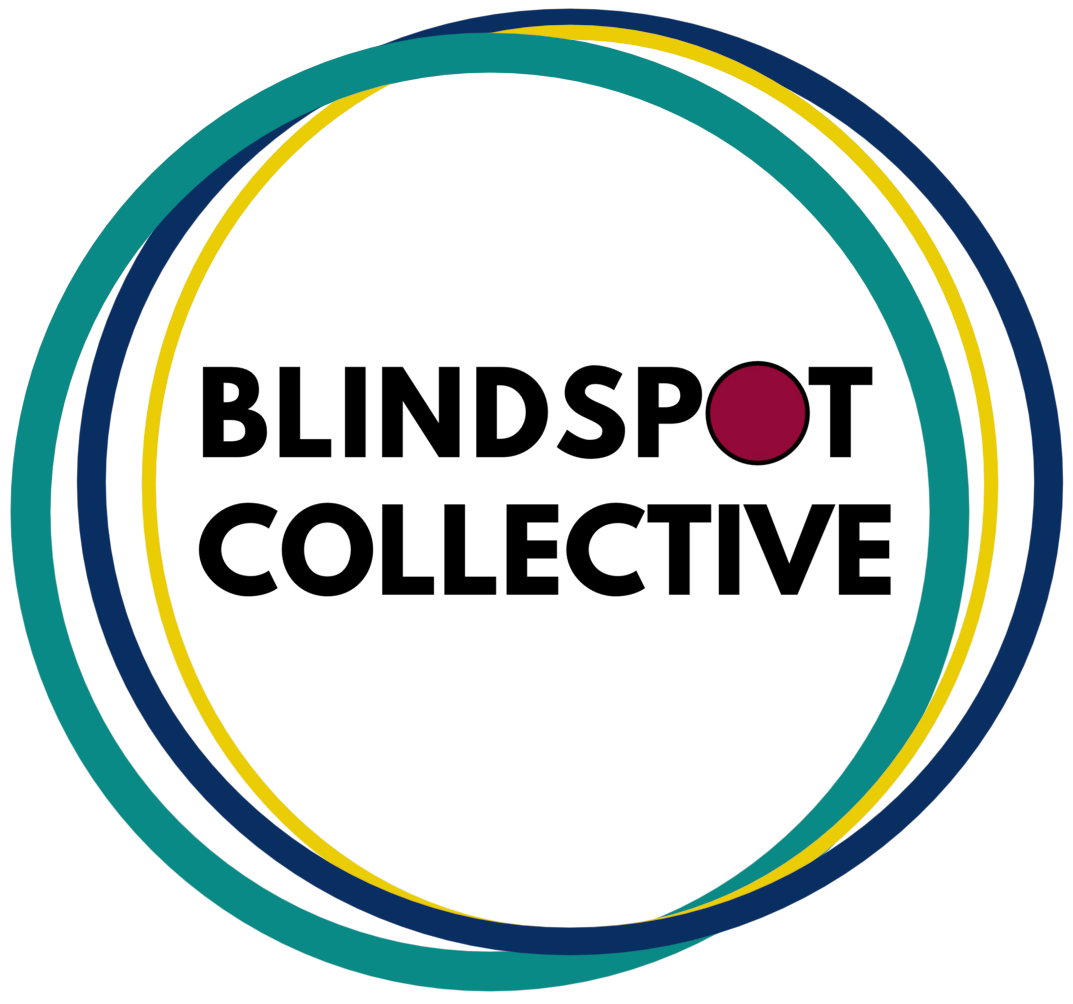 Since its founding in 2017, Blindspot Collective has collaborated with La Jolla Playhouse; The Old Globe; California Center for the Arts, Escondido; Diversionary Theatre; ARTS (A Reason to Survive); UC San Diego Department of Theatre and Dance; and other community partners to develop projects that meaningfully engage audiences and artists in the blindspot of society. The organization centers equity, inclusion, and pressing social issues in its work on and off stage with collaborators that include San Diego Unified School District, Juvenile Court and Community Schools, Cajon Valley Union School District, and Live Well San Diego. Most recently, Blindspot Collective was the first theatre company to be awarded a performing arts residency at the San Diego International Airport, where the organization developed and presented site-specific performances in 2019. The company has received acclaim for its original work, including Hall Pass, an immersive musical featured in the 2019 Without Walls Festival; Qulili, a documentary play based on the stories of local refugees developed with support from the Critical Refugee Studies Collective; The Magic in this Soul, a verbatim play about discrimination and resilience that won the Audience Favorite Award at the 2018 San Diego International Fringe Festival; and Untold, another verbatim play about mental illness that won the Dunn-Rankin Award for New Work at the 2017 San Diego Fringe. The company also develops interactive Forum Theatre for youth audiences, including Safa’s Story and Danny’s Story, which allow young people to consider the complexities of difference and prejudice. Combined, those two productions have been seen by over 12,000 students in the past two years.

Blake McCarty is an artist and educator, as well as the co-founder and Director of Artistic Development for Blindspot Collective. His original work includes immersive projects like Hall Pass (presented by La Jolla Playhouse for the 2019 Without Walls Festival) and Play/Date (produced Off-Broadway by 3-Legged Dog); the original musical Chasing Fear with composer Trevor Bachman; devised theatre with youth, such as Mystifique and Filters; and verbatim plays, including Untold, The Magic in this Soul, and Biting the Bullet. His work has been developed or commissioned by La Jolla Playhouse, The Old Globe, Cygnet Theatre, New Village Arts, New York Theatre Barn, and New York University. Blake is also an award-winning Projection Designer whose work has been seen locally at La Jolla Playhouse, San Diego Rep, Moonlight, Intrepid, Ion, Diversionary, and Cygnet. Blake is an alumnus of the Steinhardt School and Tisch School of the Arts, both at New York University.

Catherine Hanna Schrock is an Applied Theater Practitioner, which unites her roles as an activist, performer, and writer. She is the Director of Community Development for Blindpspot Collective. Catherine designs original performances and community programming that center social justice and human connection. Since 2017 her original educational theatre performances have reached over 15,000 people in San Diego County where she is applauded as a “spectacular facilitator who handles children with extreme sensitivity and respect, and engages the audience from the moment they enter the theater” (Times of San Diego, 2020). Catherine holds a Master’s in Educational Theater from New York University and a B.A. in Sociology.

Christian St. Croix is an award-winning playwright and the creative director of Boy and Monster, a theatre collective producing plays that center the Black LGBT experience. Christian’s works include include Monsters of the American Cinema, commissioned for a workshop production with the Scripps Ranch Theatre’s 2018 Out on a Limb New Play Series; Zack, a satire of 90s Saturday morning sitcoms; and the streetwear fairytale Princes, winner of the 2017 San Diego International Fringe Festival Award for Outstanding LGBT Performance. Outside of writing for theatre, he’s the author of M., a collection of prose, poetry and microfiction that Outword Magazine described as, “Raw. Real. Radical. Racy.” Christian currently resides in San Diego, California.

Katherine Cartusciello is a New York City-based composer and sound designer with over ten years of experience in technical theatre. She graduated with Departmental Honors from Columbia University in 2016, where she received her Bachelor’s Degree in Music. Her work has been performed by chamber ensembles including TAK Ensemble, Counter) Induction, and Daedalus Quartet. She is currently attending NYU Tisch School of the Arts’ Graduate Musical Theatre Writing Program, and working on a full-length musical titled Whitechapel: A Jack the Ripper Musical Drama, which explores the media’s sensationalism of the Jack the Ripper murders.

Kerry Kazmierowicztrimm has had over 300 productions of his plays and musicals staged in five countries. His play Wounded premiered Off-Broadway at the Soho Playhouse and is currently under option to be adapted into a feature film, while his show E-Scape just toured Minnesota as part of Climb Theatre’s 2020 season. He’s won four Better Lemons Critics’ Choice Awards and been a Finalist for the O’Neill Theater Center’s National Playwrights Conference. He’s currently attending NYU’s Graduate Musical Theatre Writing Program. For more information, please visit www.kerrykaz.com

Tom Bruett is a director and playwright. His plays have been seen at PianoFight, SF Fringe, PCSF, ReGroup Theatre(LA), Lakeshore Players and Players’ Theatre (NYC) and Best of Playground 23 and 24. He’s currently under commission at Playground. He was a finalist for the Humana Festival Heideman Award. As a lyricist he was selected for the Johnny Mercer Songwriting Institute through ASCAP and Northwestern. At NCTC he has directed Le Switch, Cardboard Piano, Birds of a Feather and You’ll Catch Flies.

Miki Vale is a Hip Hop artist, Teaching Artist, and commissioned playwright with San Diego’s Old Globe Theatre. She has co-created physical and virtual spaces for women’s presence and engagement, exploring the impact of Hip Hop culture on race, class, and gender. In 2016 and 2018 she was the DJ and sound designer for The Old Globe’s ‘Globe for All’ Tour.

Joshua Brown is a sound artist and dramaturg. His work often explores the innate music of everyday language and noise; existential dread; and intimacy in the new media age. His work has been performed at the Charlotte New Music Festival, the International Computer Music Conference (ICMC), the São Paulo Contemporary Composers Festival, the Fresh Inc Festival, Bricolage Production Company and at the Pittsburgh Opera. Joshua holds a Bachelor’s degree in Technical Writing and Music Technology, and an Advanced Music Studies Certificate from Carnegie Mellon University.