Subscribers may exchange tickets to attend the same production on a di­fferent day. Please call Patron Services for the best availability. If at any time prior to your performance, you are not feeling well, are unable to meet our mask policy, or feel uncomfortable attending, we are happy to assist you with a return or date exchange. Please contact Patron Services at (858) 550-1010 for further assistance.

Letter to Subscribers, May 2021

A few short weeks ago, the curtain closed on Bhangin’ It, our first new musical in over two years. I could not have envisioned a more enthusiastic response from audiences and press. Its joy and optimism were like a healing tonic – I think we all left feeling a little more effervescent after that closing number!

Just last week, we held a full Without Walls (WOW) Festival at ARTS DISTRICT Liberty Station. Over four exciting days, we welcomed new friends and familiar faces to 22 theatre and art experiences that were engaging, playful and – most importantly – brought people together in meaningful ways. Pam Kragen of the San Diego Union Tribune described the festival perfectly: “Live theatre isn’t just what the actors give to the audience, but what the audience gives back and how the experience transforms everyone collectively.”

Following the delights of Bhangin’ It and the WOW Festival, it feels wonderful to write to you again about the start of a new, full six-show season. Live theatre is back – and in a big way. The next season will bring six remarkable works that portray fascinating characters swept up in the forces of history.

Lempicka is a new musical directed by Rachel Chavkin, the Tony Award-winning director of the Broadway hit Hadestown. The Playhouse will present the West Coast premiere of this epic musical about Tamara de Lempicka, an artist who defiantly set her own course amid the political turmoil and cultural repression of 1920s Europe.

Here There Are Blueberries is a new documentary play from two of the creators of The Laramie Project, Moisés Kaufman and Amada Gronich. This gripping, true-life drama centers on the discovery of a lost photo album from a Nazi camp that exposes shocking aspects of the human psyche.

Fandango for Butterflies (and Coyotes), from the brilliant team at En Garde Arts, is an uplifting new play centered on a group of present-day immigrants who celebrate family and community through music, dance and song, even as the threat to their own safety looms large.

Kristina Wong, Sweatshop Overlord is a new comedy directed by Chay Yew (Cambodian Rock Band), fresh off a celebrated run off-Broadway. With heart and humor, writer/performer Kristina Wong recounts how the pandemic led her to her Hello Kitty sewing machine, desperate to make masks for at-risk communities. Soon, her solo efforts grew into an army of “Aunties” tackling the U.S. healthcare system and building their own utopia while living in isolation.

I’ve been wanting to direct As You Like It for a long time, but the journey of exile and self-examination we’ve all undertaken over the last two years makes it even more ripe for re-imagining. It’s a delight to be working with the fantastically-talented Will Davis on a fresh, gender-fluid interpretation of Shakespeare’s timeless comedy.

The season will conclude with the world-premiere musical The Outsiders. Amid the cultural and political tumult of the late 1960s, a group of teens in Tulsa, Oklahoma fight for their survival and strive to find their purpose. Obie Award-winning director Danya Taymor (Pass Over) brings a fresh interpretation to this classic American tale of the haves and have nots.

These new works – from an incredible slate of award-winning creative teams – speak to the resilience of the human spirit throughout history, and how that spirit can triumph or falter amid adversity. I think it will be a season you will deeply enjoy, and I cannot wait to share it with you.

As we near the end of summer, our hearts and minds are focused on our return to subscription programming with the first show of our season, The Garden, beginning September 21. Tickets for all three season shows – The Garden, to the yellow house and Bhangin’ It – will mail on or around September 1.

We are writing in advance of the ticket mailing to share an important update to our COVID-19 Safety Plan for The Garden. Beginning with the first performance on September 21, La Jolla Playhouse is requiring proof of full COVID-19 vaccination or a negative COVID-19 PCR test taken within the past 72 hours [note: as of 8/26/21, PCR test must be taken within the past 48 hours], and that masks be worn for all patrons inside the theatres.

Prior to entering the building, all guests must show proof of full vaccination, along with a valid ticket and photo ID. You may present your physical vaccination card, a photo of your vaccination card or QR code from State of California’s Digital COVID-19 Vaccine Record (accessible at myvaccinerecord.cdph.ca.gov). Additionally, all artists, staff and volunteers will be fully vaccinated and Playhouse staff and volunteers will be wearing masks. The vaccine requirement will be in effect for all performances through December 31, 2021. Masks must be worn in all indoor theatre spaces including the lobbies, restrooms and theatres by all individuals for The Garden. Mask policy will be re-evaluated for to the yellow house based on the situation closer to performances in November. We will continue to evaluate the entire plan against local health conditions and guidance from Federal, State and local authorities and will notify you of any changes.

For subscribers who do not wish to attend The Garden or to the yellow house in person, we are offering a full-length streaming version of both productions. The video stream for The Garden will be available for a one-time viewing over two weeks, October 18 – 31. If you know now that you would like to view the shows digitally you can sign up now at LaJollaPlayhouse.org/subscriber. This option is available to subscribers at any point as long as they have not attended the show in person through the link above or by calling Patron Services. Additionally, if you are feeling unwell we will happily exchange you into a new performance or offer a refund for that performance.

It’s hard to express the depth of gratitude we have for the generosity and support you have given the Playhouse over the course of this pandemic. We are instituting these measures because nothing is more important to us than the safety of our patrons, artists and staff. Thank you in advance for your understanding. We cannot wait to see you at The Garden!

I’ve programmed over a hundred shows during my tenure at La Jolla Playhouse, but this season holds a very special place in my heart. The most obvious reason for this is that it marks our return to in-person performances after far too long away from each other. I also think these three shows are perfect for this moment: they are warm, open-hearted, joyous stories that investigate urgent questions of our identities and our histories.

When we were in rehearsals for The Who & The What in 2014, I remember Ayad Akhtar telling me that universality can be found inside the specific. That’s very much the case for The Garden, to the yellow house and Bhangin’ It. Though their characters are rooted in specific cultures and communities, the stories they tell are recognizable and resonant.

We begin our season with Charlayne Woodard’s The Garden, a powerful, moving study of a mother and daughter navigating a tense reunion after several years apart. Charlayne has been an essential part of the Playhouse since her first appearance in 1986. She has appeared on our stages many times over the last few decades, including two of her own solo works, and it’s a true delight to premiere this Playhouse-commissioned work.

Fittingly enough, Kimber Lee’s to the yellow house uses a giant canvas and vivid language to tell a story about the iconoclastic, brilliant and deeply-flawed Vincent van Gogh. This beautiful play shows us a portrait of the artist as a failure, a belligerent dreamer and an uncompromising visionary battling an artistic establishment threatened by a bold new voice.

Mike Lew and Rehana Lew Mirza were our artists-in-residence a few years back, during which time they off-handedly mentioned to me that they were working on a musical with Sam Willmott. We scheduled a weeklong workshop, at the conclusion of which we all sat in a rehearsal room and immediately fell in love with Bhangin’ It. It’s an infectiously funny, smart and buoyant musical about cultural traditions lost, found and morphed into something new and amazing.

Here is where I would typically say something like, “I can’t wait to see you in the theatre!” And while this is always true, it has never felt more meaningful or emotional. You are all the final collaborators in the art we make, and we’ve missed you terribly. Thank you for joining us this year, and see you soon!

After more than a year of dark stages, we are full of joy and anticipation for that one-of-a-kind experience of sitting together in an audience again, heartbeats aligned. We have missed you enormously and are so excited to be making plans to bring everyone back together safely in person. Beginning September 21, La Jolla Playhouse will re-launch live performances with a three-show season of fantastic world-premiere shows, The Garden, to the yellow house and Bhangin’ It.

As we navigate our plans for in-person productions, the safety of our audiences, staff and artists remains of utmost importance, and we are putting together comprehensive plans to ensure that everyone feels comfortable returning to the Playhouse. Recognizing that theatre safety protocols are evolving in real time, the Playhouse commits to following COVID-19 guidelines and strategies provided by UC San Diego, San Diego County, California Department of Public Health, and the Centers for Disease Control and Prevention. When we are closer to the start of performances we will be able to share the safety protocols applicable to live theatre in the Fall.

You will receive an update on your subscription in July that will provide information on current safety protocols, your performance dates, seat locations and a breakdown of how we applied your last payment to the upcoming three shows. Subscribers will not pay any fees for the shortened season, and you will have several options on how to use your remaining balance. Subscribers will also have the option to view the first two shows digitally, if that is preferred.

Please check this page for the latest information regarding COVID Safety, construction & parking, and ticket policies. You are also welcome to contact the Patron Services office at any time at [email protected] or (858) 550-1010 for in-person assistance.

Thank you so much for your support and patience – we couldn’t have made it through the last year without your unwavering commitment to the Playhouse. 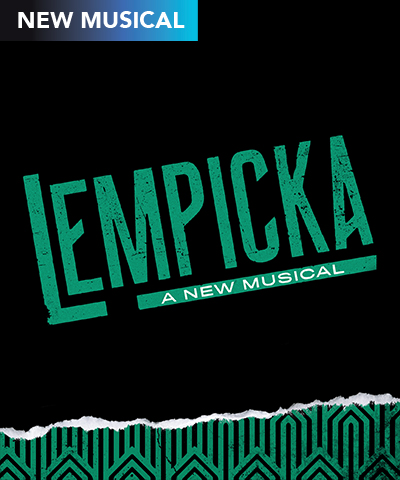 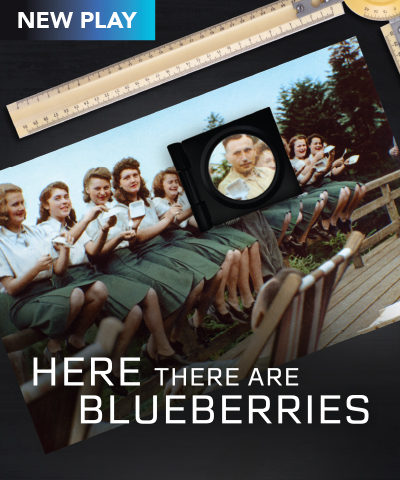 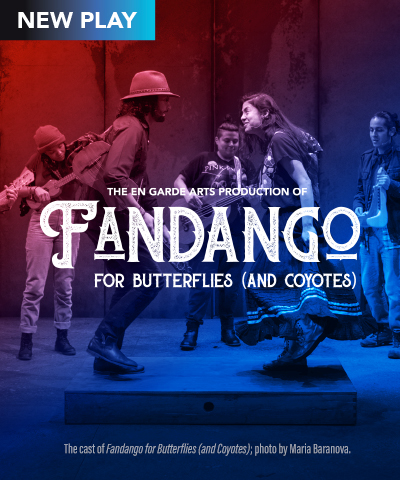 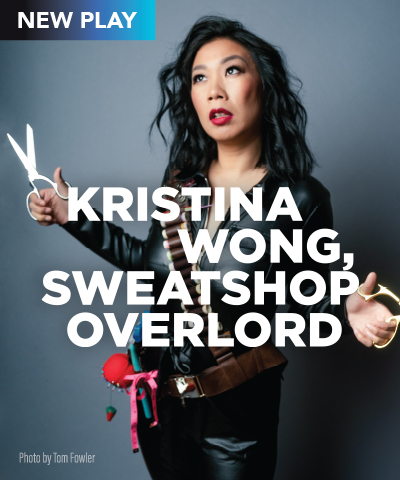 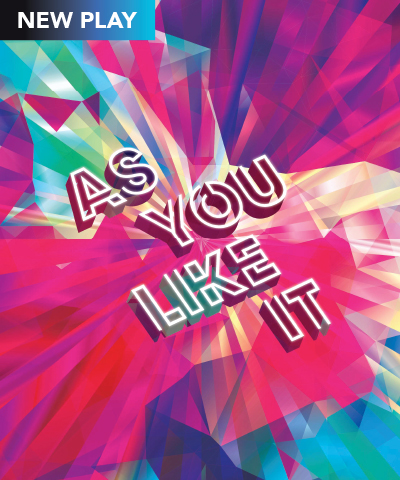 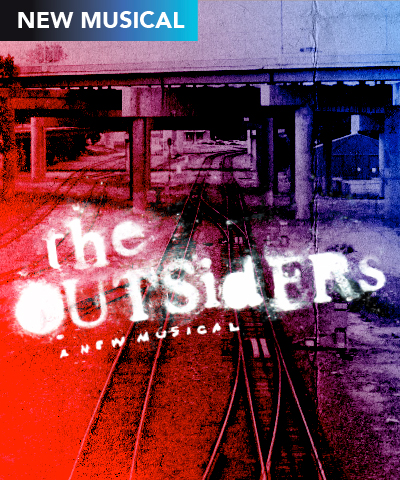