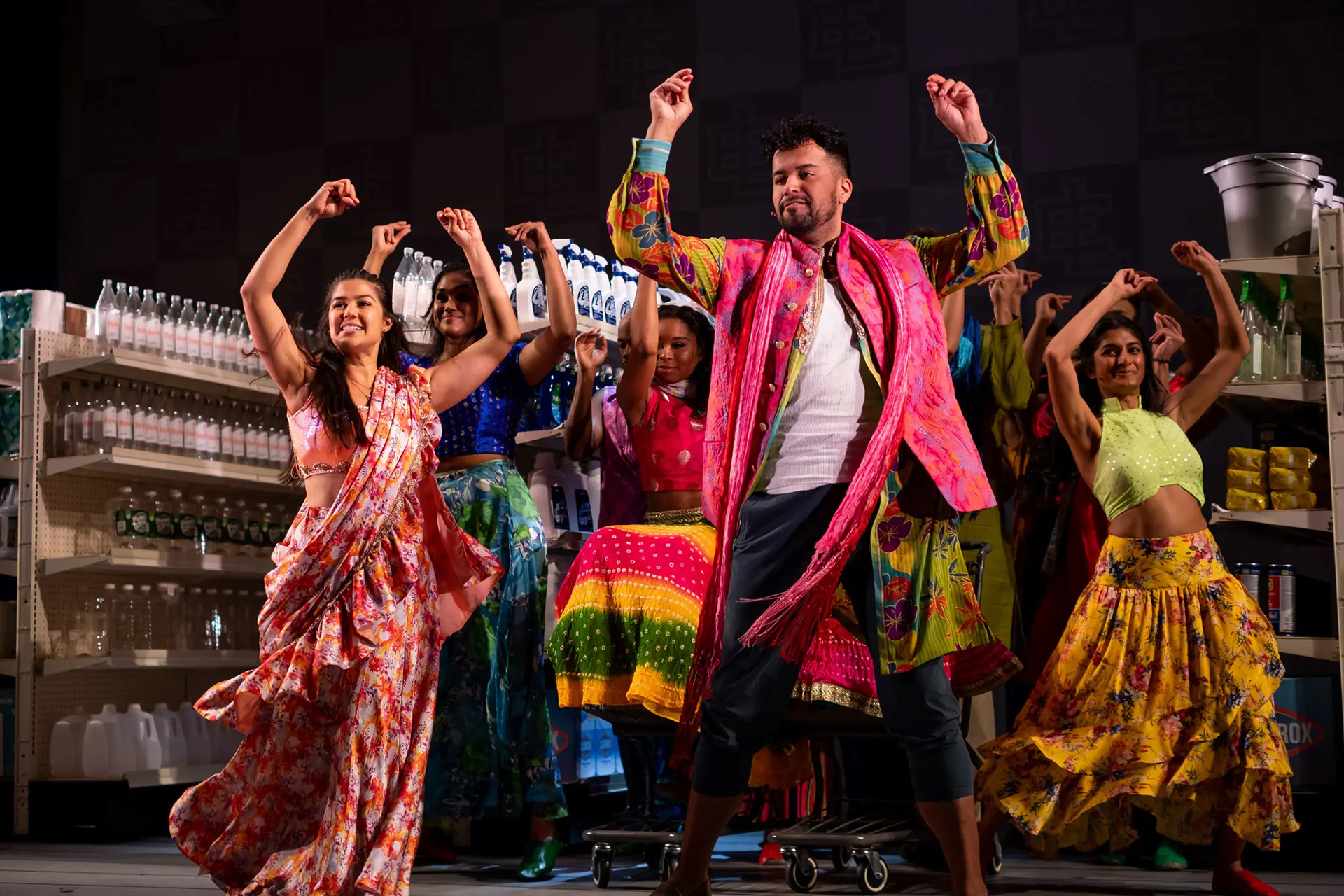 Ari Afsar, left, and Brandon Contreras, foreground center, during a dress rehearsal of “Bhangin’ It.” The new musical is scheduled to run through April 17 at La Jolla Playhouse in San Diego. Photo Credit: Tara Pixley for The New York Times

Bhangra Is Big on Campus. Now It’s Inspiring a Musical.

SAN DIEGO — Rehana Lew Mirza stumbled upon the world of collegiate bhangra dancing. An aspiring screenwriter working as an office manager, she had finally fallen in with a group of South Asian artists. She tagged along with a friend to Bhangra Blowout, an annual competition in Washington, where teams are judged for the skill with which they dance in the exuberant Punjabi folk style. 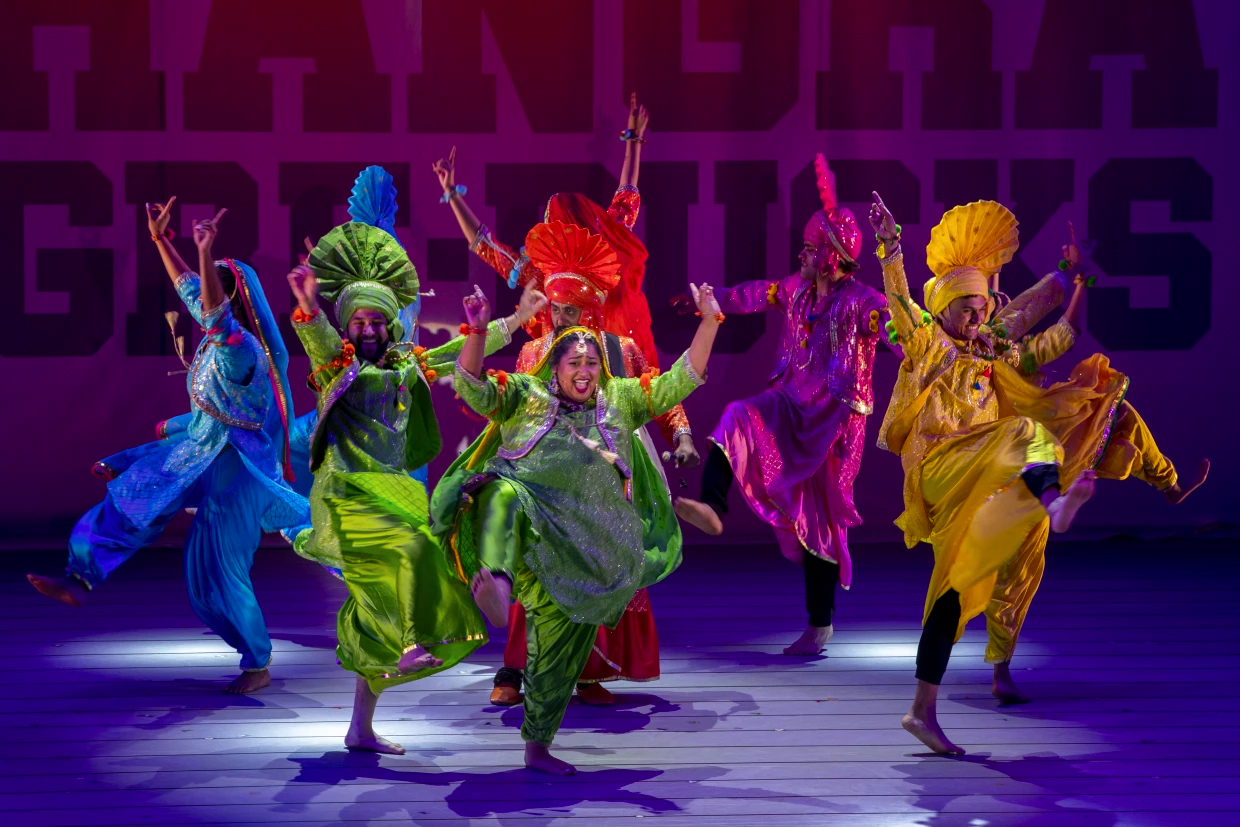 The cast performing the vibrant finale number of “Bhangin’ It: A Bangin’ New Musical,” running at the La Jolla Playhouse through April 17.(Gina Ferazzi/Los Angeles Times)

‘I’m not Indian enough?’ How a bhangra musical addresses identity with radical nuance

“[Bhangin’ It] presents multiple sides of complex discussions around cultural identity without declaring a definitive winner, incorporates deeply rooted South Asian art forms into an American musical without flattening pronunciations or practices for the historically white theatergoer and genuinely addresses these topics and conversations without sacrificing story, character or crowd-pleasing humor.”

There’s lots to love about “Bhangin’ It: A Bangin’ New Musical,” which opened in its world premiere Sunday night at La Jolla Playhouse.

The splashy, high-energy musical about competitive U.S. intercollegiate bhangra dancing is jubilant, funny, accessible and entertaining, with clever lyrics and a diverse score by Sam Willmott, as well as scene after scene of exuberant bhangra dancing, a highly athletic form of folk dance from the Punjab region of India and Pakistan. 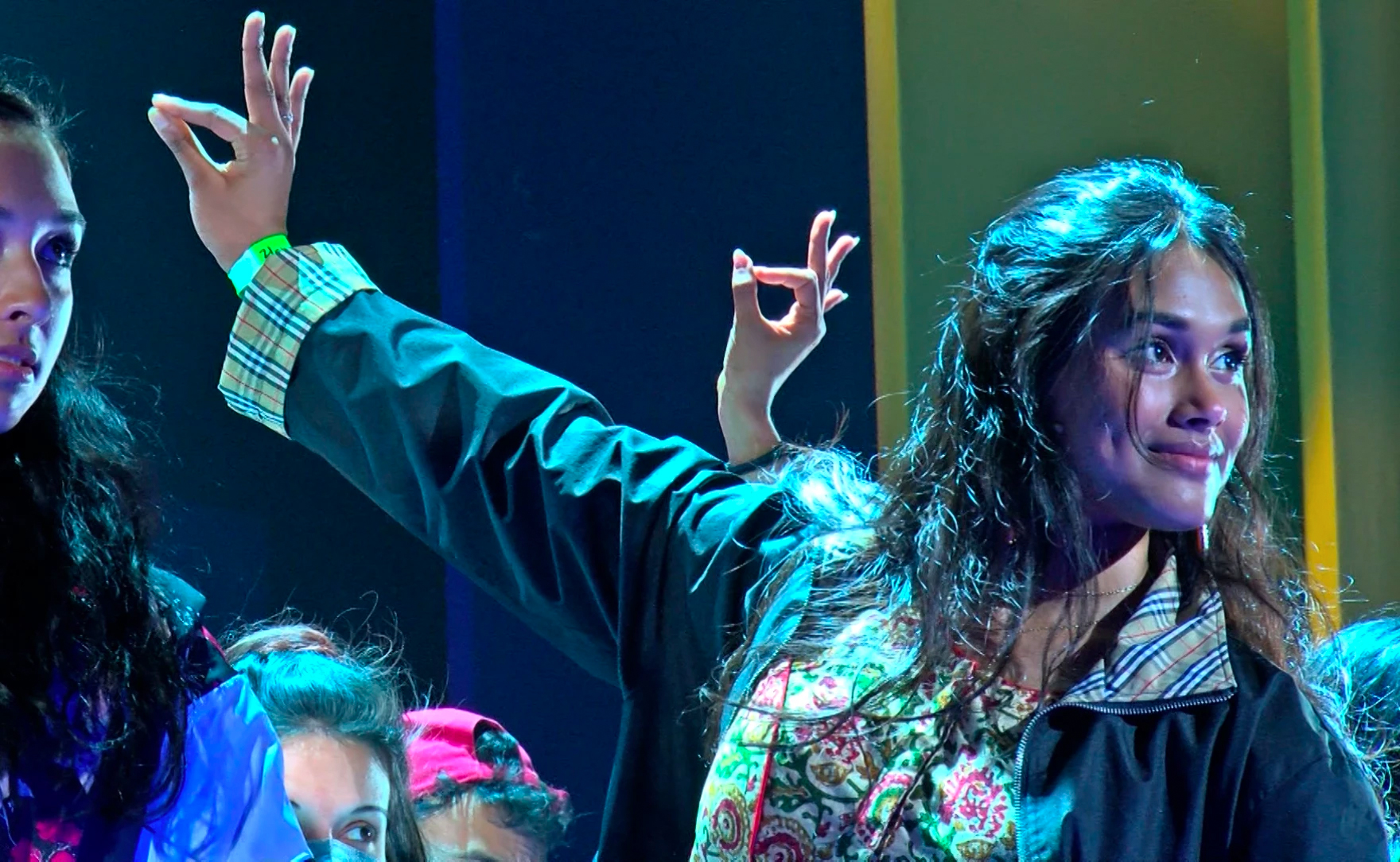 Vinithra Raj as Preeti during a rehearsal for the La Jolla Playhouse world premiere of “Bhangin’ It: A Bangin’ New Musical.” Feb. 24, 2022

Bhangra sets the beat for this energetic cultural mash up

The joy of bhangra won Arima over. The director had never heard of bhangra before he joined the production.

“The music in ‘Bhangin’ It’ has such an effervescence to it,” he said. “It bubbles, it kind of sparks. It has elements of musical theater and then there is classic Indian sounds that are also in this score. So a very rich and diverse score that inevitably moves, touches and inspires an audience and tells the story through a dynamic way of song and dance.” Ari Afsar, pictured at La Jolla Playhouse, earned a degree in ethnomusicology with an emphasis in jazz from UCLA in 2013. Photo credit: Devin Blaskovich for the U-T.

Four years ago, San Diego native Ari Afsar finished up a two-year run in the Chicago production of “Hamilton” playing Eliza Schuyler Hamilton, the musical’s surprise linchpin character, who dedicates her life to preserving and telling her late husband’s story.

Today, Afsar’s mission is to tell her own story as a second-generation Asian American, composer, singer, actor and political activist. She said it’s been a long journey toward rediscovering herself — and the loss of work during the pandemic made her question her career choices — but Afsar said she’s grateful for what she has learned about herself along the way.

How do you make a feel-good musical in which the drama comes from questions regarding identity and cultural expression? How about by making the cultural expression in question a collegiate bhangra dance competition — high-bounce, high-energy, coordinated movement, in which exuding joy is an essential element of the performance? 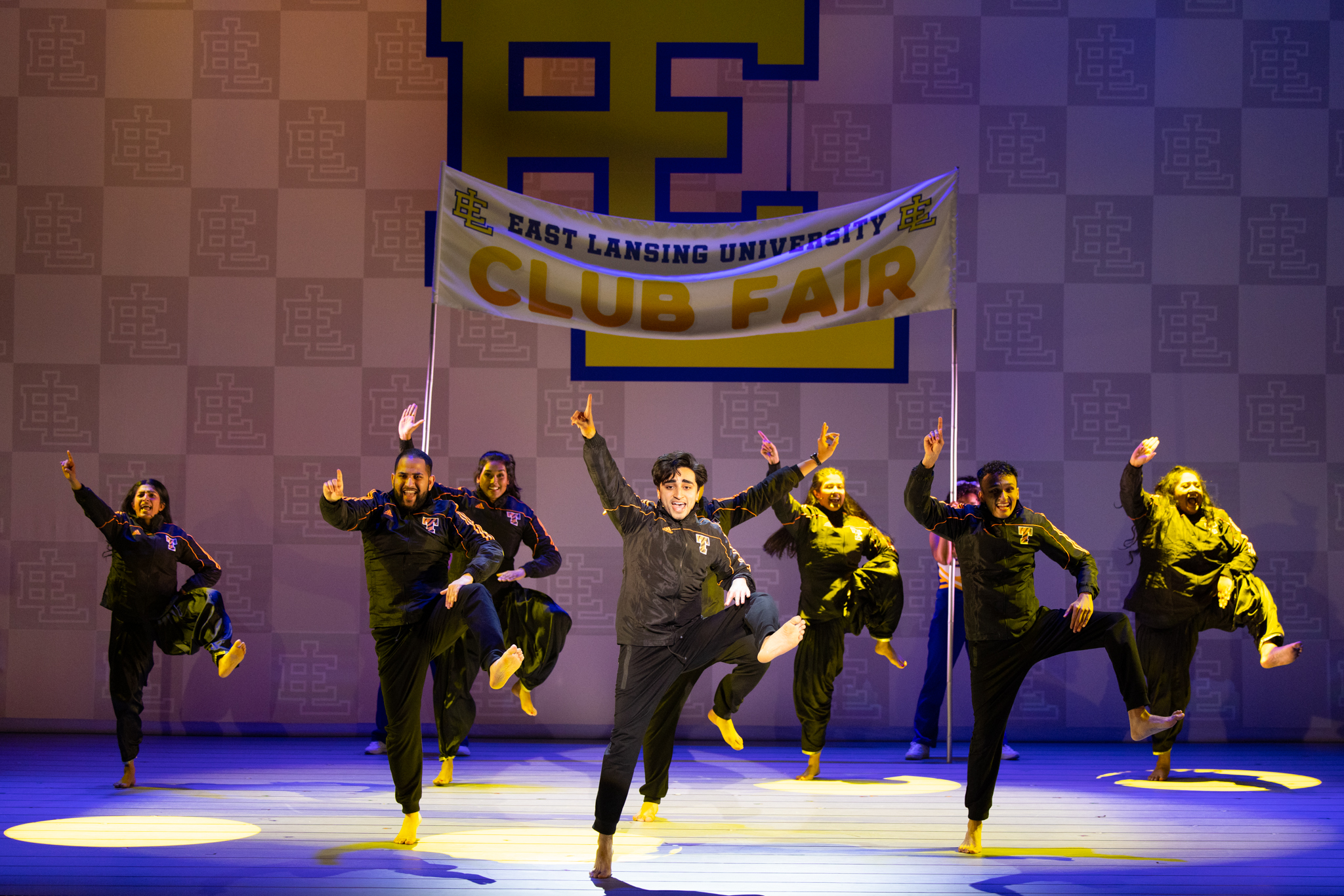 Most Americans may have never heard of Bhangra, the energetic and expressive form of Indian folk dance and music that has swept the country over the past 30 years. But the creators of a new Bhangra-centric musical now in previews at La Jolla Playhouse hope that’s about to change.