The Mandell Weiss Theatre was the first La Jolla Playhouse theatre, introduced in 1983.

This 492-seat proscenium arch theatre, with two front rows of removable seats, is our largest theatre. It is attached to an upstairs wooden deck used for parties, receptions and outdoor gatherings. The Weiss features a small outdoor amphitheatre used for pre or post-show entertainment.

In 2012 Mandell Weiss Theatre lighting retrofit was made possible by the generous support of Las Patronas. 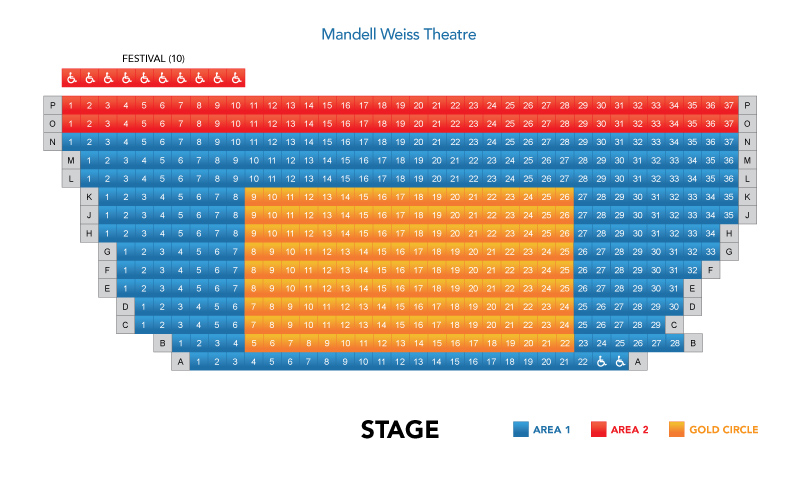 Created with the potential for future expansion, the Forum is a 400-seat thrust stage theatre, with audience members surrounding the stage on three sides. It contains a rehearsal hall, two courtyards and an outdoor lobby area. 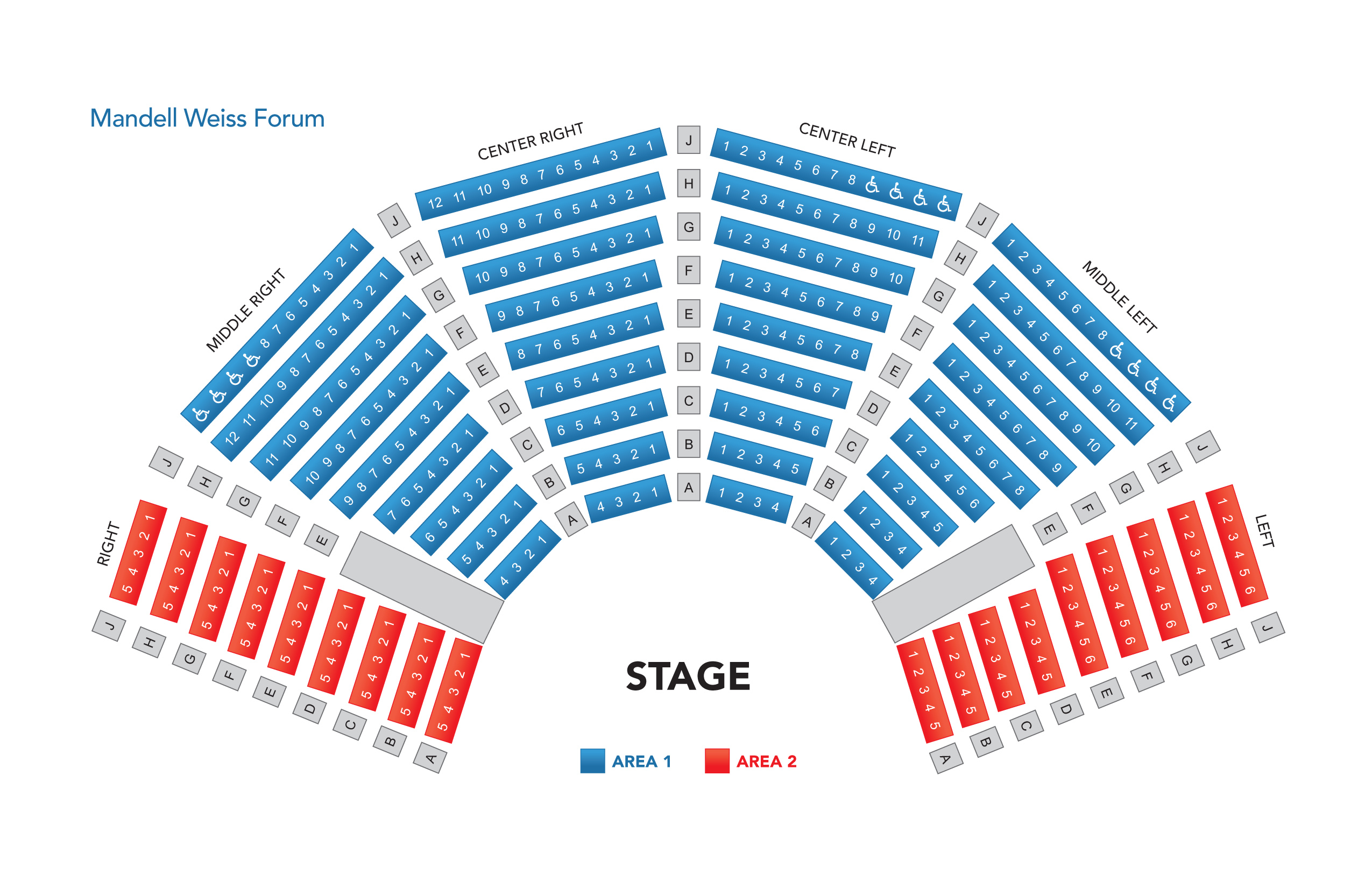 The Joan and Irwin Jacobs Center for La Jolla Playhouse

The Joan and Irwin Jacobs Center for La Jolla Playhouse opened in 2005 with the Sheila and Hughes Potiker Theatre as a central component and serves as the first permanent home of the Playhouse.

The Joan and Irwin Jacobs Center also features:
The Rao and Padma Makineni Play Development Center
The Charmaine and Maury Kaplan administrative offices
Seuss One and Seuss Two rehearsal rooms
S. Mark Taper Foundation plaza
James’ Place
Lobby in recognition of the County of San Diego
The Board Conference room in honor of Faiya and Micky Fredman
The Artistic Director’s Office in honor of Dorothy Johnston
The library in honor of Ellen Revelle

The Sheila and Hughes Potiker Theatre

The Sheila and Hughes Potiker is the third and newest of La Jolla Playhouse’s theatres.
The seating and the stage can be placed wherever the director wishes. The performance area uses removable seating and allows for as few as two audience members and as many as 450. There is also a balcony along the theatre’s outer wall for extra seating or performance space.

The Potiker has a mostly-removable performance floor with trap doors that lead down to backstage areas for casts and crews, including a sound and recording studio.

Tip: Take a glance up next time you’re there for a look at the wire tension grid that facilitates creative lighting and sound possibilities!

The Shank Theatre is a 98-seat theatre adjacent to the Mandell Weiss Forum theatre. This is a more intimate theatre space highly utilized by UC San Diego’s Theatre & Dance Department.