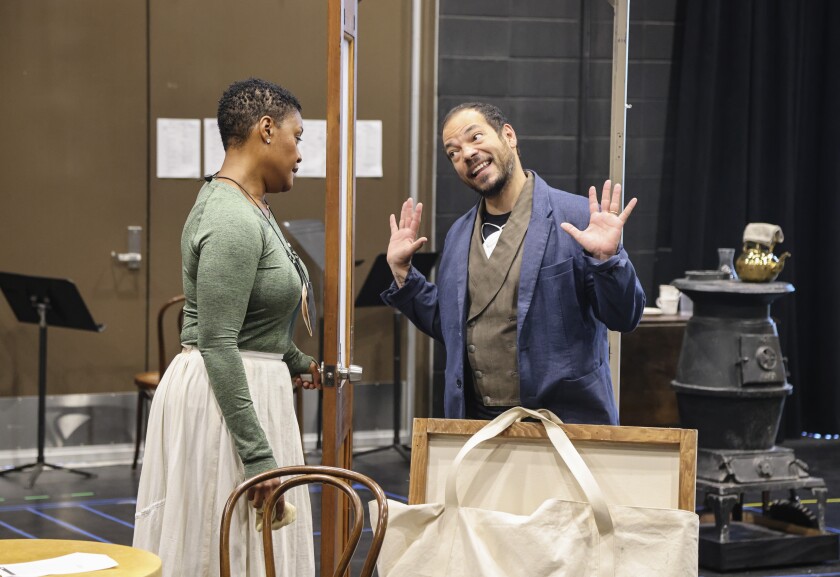 Playwright Kimber Lee has had several plays produced by top national theaters over the years, but she admits that the boom-and-bust cycle of submissions and commissions can be demoralizing and depleting.

So when she read a voluminous biography of famed Dutch painter Vincent van Gogh six or seven years ago, she felt an unexpected kinship with the 19th-century artist, who suffered many setbacks during his brief and troubled life but had a massive burst of brilliant creativity in the two years before he died.

“When I read that book it definitely was a moment in time when I was struggling a bit myself with the process of making one’s way in the American theater. It’s often really challenging when you go through these cycles where you have to pick yourself up off the ground and start over,” Lee said. “I’m drawn to stories of people who have gone through the wringer of failure after failure and still figure out a way to push through until they get to the place of discovery.”

That book was the catalyst for “to the yellow house,” Lee’s latest play, which makes its world premiere next week at La Jolla Playhouse. It’s set in Paris in 1886, two years before Van Gogh abruptly moved to the south of France and began painting the sunny, vividly colored post-Impressionistic masterpieces for which he’s best known. But before he headed south to Arles in 1888, van Gogh went through one of the deepest periods of disappointment his life.

Most of what we know today about Van Gogh’s adult life came from the weekly letters he exchanged with his brother, Theo. But during the Paris years, Vincent lived with Theo, so there is no written record. Lee said that gap in epistolary history gave her the creative license to imagine how van Gogh’s Paris experiences set the stage for what was to come. 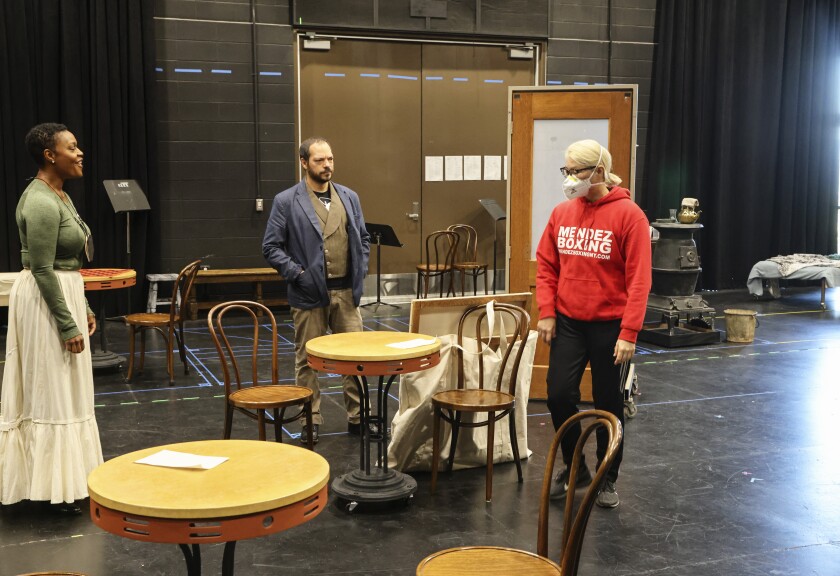 In “to the yellow house,” Vincent is in debt, drinking too much, falls in love with the wrong woman and ends up broke on his brother’s doorstep in Montmartre. He’s desperate for an artistic breakthrough that will allow him to translate the world, color and light that he sees in his mind on to canvas.

“He was a realist, meaning he painted what he saw in front of him. But the thing he wanted to do was funnel it through his soul, his feelings, the way he felt, so it conveyed that feeling to the person looking at the painting,” Lee said.

Back in 2018, Lee earned a one-month writing fellowship in the South of France. When that ended, she spent the next six weeks traveling to the cities where Van Gogh lived, including Arles and Auvers-sur-Oise, where Van Gogh died at age 37 in 1890. She also visited the Van Gogh Museum in Amsterdam. She said seeing the same landscapes and towns that van Gogh painted helped inspire her vision for the play.

“To the yellow house” marks Lee’s La Jolla Playhouse debut. The production is directed by Neel Keller, a former Playhouse associate artistic director who now serves in the same capacity at L.A.’s Center Theater Group. Keller collaborated with Lee at CTG in 2014 on “different words for the same thing” (all of Lee’s play titles are in lower-case letters). Lee’s “tokyo fish story” was presented at the Old Globe in 2016 and her “brownsville song (b-side for tray)” had an early reading at the Globe in 2014 and a full production in 2016 at Moxie Theatre in San Diego.

Lee said two things she wants audiences to know about “to the yellow house” is that it’s both a drama and a comedy, and its production design will attempt to re-create the world that Van Gogh saw.

“We are trying to bring the audience on a visual journey as well as look through Vincent’s eyes to get the feeling of how he was starting to see and work with color and how that evolution was happening through the experiences and relationships he was having in Paris,” Lee said. “The way we’re staging things, we’re creating a feeling like a river of light and color and sound. When the audience enters, they’ll be carried through this experience in this really beautiful way.”

“to the yellow house”