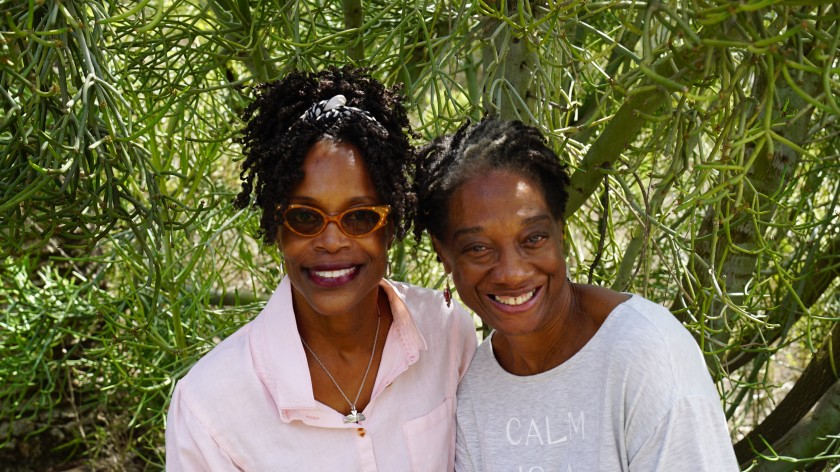 Actor-playwright Charlayne Woodard makes her home in Los Angeles, but this fall, she’s back in her favorite theatrical home at La Jolla Playhouse, co-starring in the world premiere of her latest play, “The Garden.”

Playhouse artistic director Christopher Ashley said Woodard has the longest history of any artist who has worked at the theater since it was revitalized in 1983. She has worked for all three of its artistic directors since then: Des McAnuff, Michael Greif and Ashley, and “The Garden” is her sixth production there since 1986. Three were shows she acted in and three were her own plays that she starred in, including “The Garden.”

Woodard said she enjoys the warm weather here, and she loves visiting La Jolla Cove. But most of all she enjoys working at the Playhouse because of its devotion to producing new plays, like her own “The Night Watcher,” a solo piece she developed in the Playhouse’s Page to Stage program and then premiered there in 2010. 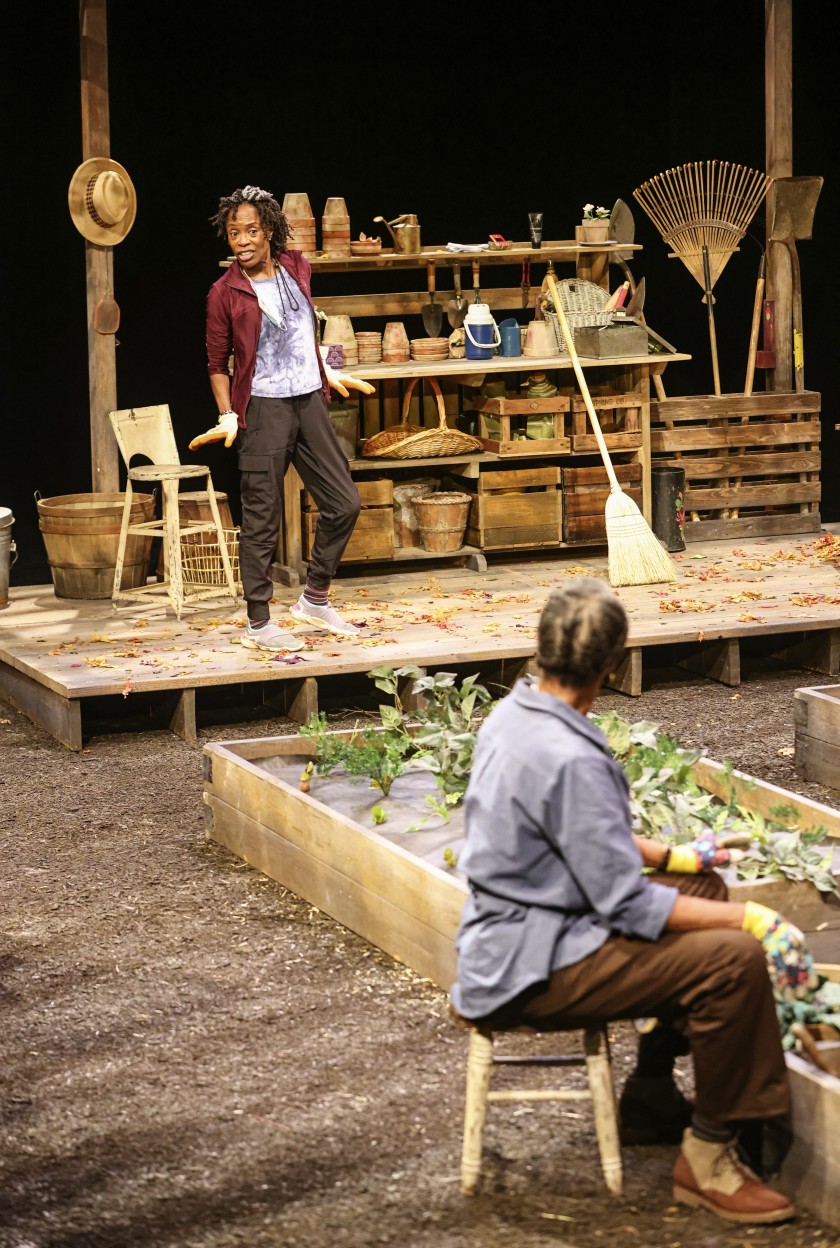 “It’s a wonderful place,” she said. “I love that they’re about development and contributing to the American canon. This is gold in my book — to support emerging artists and the work of veteran artists. They asked me to write a play, and it was a blessing.”

“The Garden” is a two-character drama about two headstrong “alpha” women: an elderly Black mother named Claire Rose and her middle-aged daughter, Cassandra, who have been estranged for three years. One day, Cassandra shows up unexpectedly at her mother’s garden gate in hopes of reconciling their troubled relationship. Their angry, tender and often revealing conversation digs up many secrets and surprises from their family’s past. The play is being presented in a co-production with Baltimore Center Stage. Woodard plays Cassandra and award-winning stage and television actor Stephanie Berry plays Claire Rose.

Ashley, who directed Woodard in the Playhouse’s 2010 production of “A Midsummer Night’s Dream,” said he’s honored to be working with her again.

“She writes beautifully for actors,” he said. “They love her work because of the way they use speech. What they say and what they don’t say is very speakable, but there’s also poetry in it. She writes with incredible compassion and also adventurousness. There’s always edges on things, always the unexpected around every corner, with incredible possibilities of grace.”

“The Garden” is Woodard’s sixth play. Three of her plays — “Pretty Fire,” “Neat” and “The Night Watcher” — are autobiographical. Three — “Flight,” “Phenom” and “The Garden” — are fictional. The only facts in this play that she drew from real life is the gardening knowledge passed down by her own mother, who is a master gardener and community garden director in Albany, N.Y.

“This is not me and Mommy,” she said. “I wanted to work with people I made up. It’s an exercise for me, and it’s more fun. I can twist those people up and do whatever I want with them.”

Woodard said her autobiographical solo plays from earlier in her writing career came out of a desire to create roles for herself that weren’t available for Black actors on Broadway or in regional theaters 30 years ago. She credits Micki Grant, the boundary-breaking Black female Broadway composer who died last month at age 92, with advising her: “if you want to be on Broadway, you had better write it yourself.”

“The reason I write solo plays is because our true stories have not been told yet. We’re only starting to tell our stories,” she said. “I like telling our stories from a Black perspective because I haven’t seen many of them.” 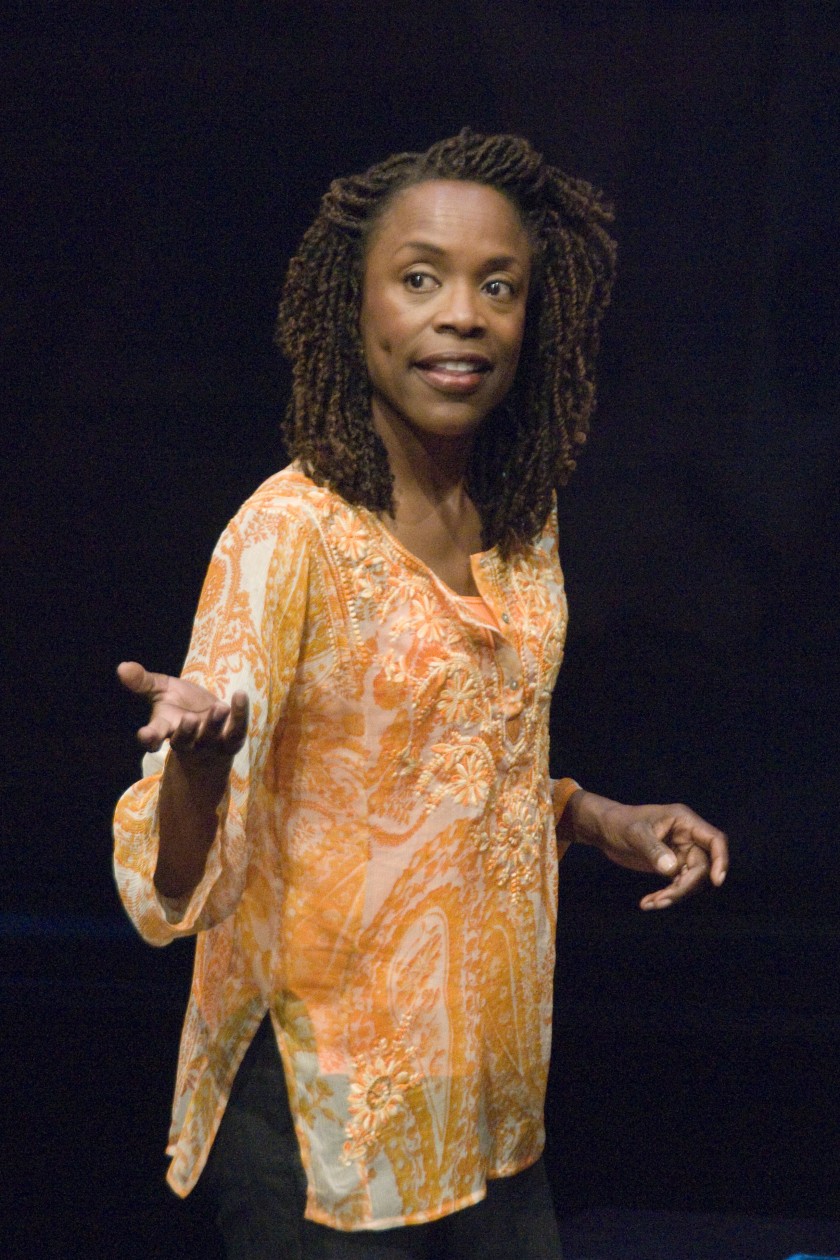 Woodard trained at the Goodman School of Drama in Chicago and is a member of The Actor’s Studio in New York. During those training years, she struggled to find Black women characters she could play in auditions and classes. Today, she’s gratified to receive messages of thanks of from Black women actors around the country who have landed parts and slots in theater conservatories performing scenes from her plays.

Woodard spent the first 15 years of her acting career performing musicals, including co-starring in the original Broadway cast of “Ain’t Misbehavin’,” for which she earned a Tony nomination in 1978. In the late 1980s, she moved to Los Angeles to launch a successful career in television. She’s playing Rhonda in this season of HBO’s “In Treatment” and has had recurring roles on “Pose,” “Prodigal Son” and “Sneaky Pete” in recent years. She has also starred in the movies “Glass,” “Sunshine State,” “Unbreakable” and “The Crucible,” among many others. When she’s not working on location, Woodard shares a home in the L.A. neighborhood of Koreatown with her husband of 30 years, attorney Alan Harris.

Woodard said “The Garden” took a long time to grow. When Ashley first commissioned her to write a play several years ago, she initially pursued a script about the relationship between five women. But when that story didn’t come together, Woodard’s husband Alan encouraged her to give an earlier idea for a mother-daughter story another try. Woodard said her inspiration was a girlfriend who hadn’t spoken to her mother in many years, and when her mother died before they were able to reconcile, she was crushed.

“Something in her broke and what she did is she wrote a beautiful book of poetry devoted to the women of her mother’s generation,” Woodard said.

“The Garden” had its first reading in 2018 at the Ojai Playwrights Conference, then underwent further development in 2019 at the Sundance Theatre Lab and the Goodman Theatre New Stages Festival. When the pandemic hit, Woodard said she used some of her down time to work on rewrites. The finished play debuted in Baltimore in July in a filmed production that had just seven live performances for small, socially distanced audiences. Woodard played Cassandra to Caroline Stefanie Clay’s Claire Rose in a production directed by director Patricia McGregor of San Diego. 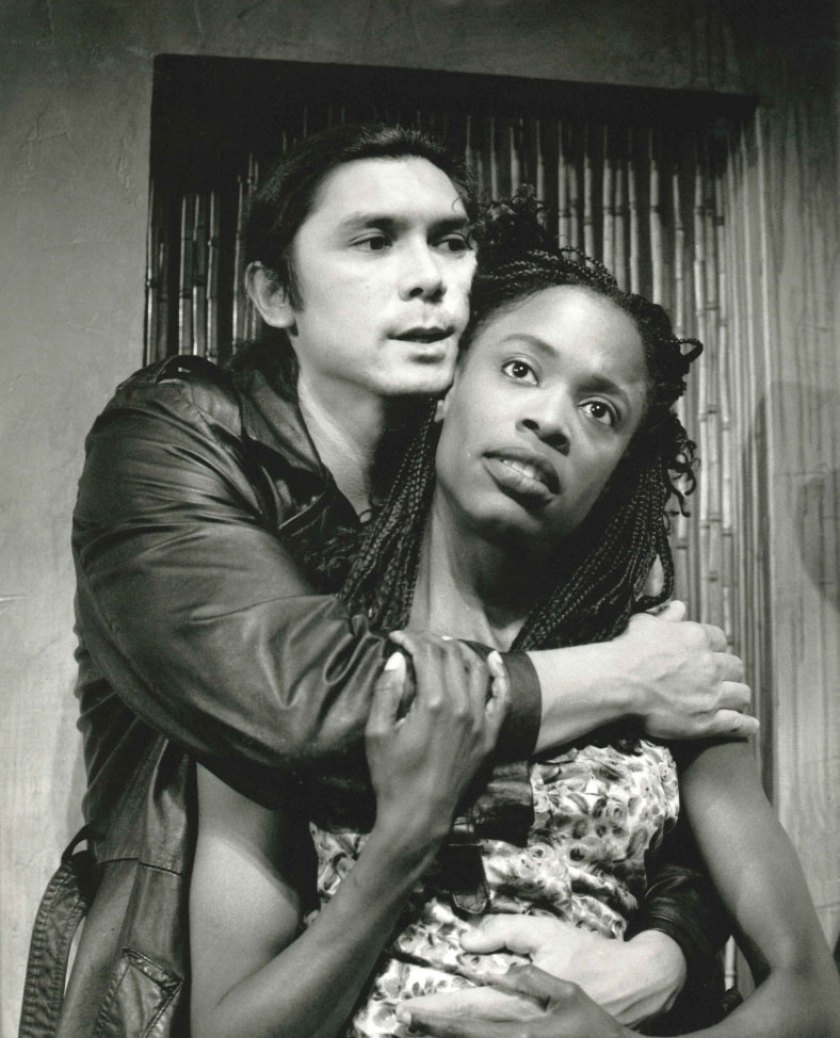 When the play transferred to La Jolla, McGregor had to fulfill another directing commitment at The Atlantic Theatre in New York this summer. So Delicia Turner Sonnenberg was hired to serve as co-director. Turner Sonnenberg serves on the La Jolla Playhouse board, and she is a 2021 resident artist at the Old Globe. Woodard said she’s excited at the opportunity to revisit and reinterpret the role of Cassandra with a different actor playing Claire Rose and a new directorial collaborator.

“I have made a new friend and her name is Delicia Turner Sonnenberg,” Woodard said. “She speaks my language. It has been a thrill to work with her. She’s a gifted director. I said to her, ‘I guess this is the first show we do together.’”

Ashley said Turner Sonnenberg and McGregor have been collaborating daily in Zoom meetings during rehearsals, which he said are going great. He thinks audiences returning to the Playhouse after 18 months away will be deeply moved by “The Garden.”

“We wanted to start back with something human and emotionally connective for the audience,” he said.

COVID protocol: Ticket buyers must present photo ID and proof of full vaccination or a negative COVID-19 PCR test taken within 48 hours of performance time. Masks are required for everyone indoors.