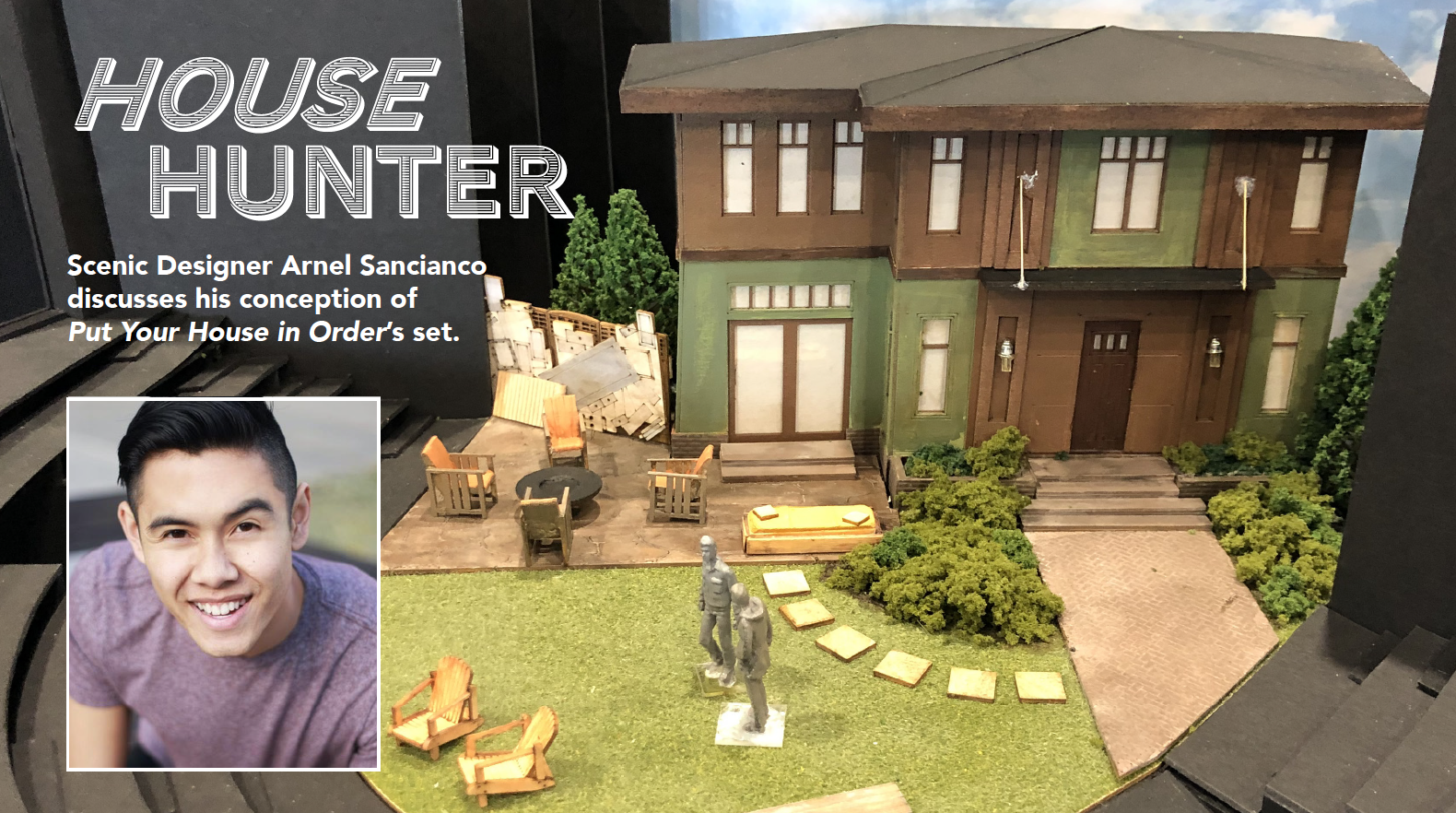 Reading an Ike Holter play makes me feel like a crime scene investigator. To do traditional set design research for Ike’s plays just doesn’t work. Usually I open a script and there’s a complete description of what the set should look like: “that door is here, that exit is there.” With Ike, the actual design of his plays is in the dialogue. It’s revealed in how characters talk about the space, how they interact with the world. It’s from that between-the-lines context that I’m able to see that, oh, this house is huge because our characters joke about the house looking like a Pritzker lives in it. (The Pritzkers, if you’re not from there, are like the Rockefellers of Chicago.) The characters also talk about the house looking like a Frank Lloyd Wright house, so I know that it’s part of this specific, Midwest prairie style.

And that’s where I began my search. I took all of these elements that Ike provides, and I went on a hunt. I live in Rogers Park [a neighborhood in northern Chicago], which is a 90-second drive from Evanston, where this play takes place. On its exterior, Evanston is very polite. It’s a small university town neighboring a giant city, and part of Evanston’s charm is that they’re far enough from the city to still have this small-town feel, but just close enough that they can have the excitement of Chicago.

So I drove up there and started looking for million-dollar listings for prairie style homes. Then I started digging deeper and deeper. Thank god for Google Maps; I was able to drop my little pin into these different neighborhoods and just look around in the 360˚ view. It’s interesting how research for set designs has changed because of the Internet.

Eventually, I stumbled upon this house, which is based on an actual house in Evanston. Fortunately for us, this house went for sale in 2017, so I could look up the listing and find amazing pictures of the interior and exterior. From that, I was able to create this actual home.

My whole mantra with horror and thrillers – this will be my third thriller that I’ve put on stage – is that if everything in the world is scary, then nothing is scary. What’s great about this house is that it looks so unassuming; it’s the last place you’d expect something bad to happen. I wanted a house that wasn’t menacing, but when we get into a darker emotional landscape in the play, I needed the house to join us with that.

In an earlier version of my design, the house was very flat and presented head-on. It felt like we were being served the house, instead of being at the house. I found a better way to serve the play by turning the house a little bit and putting the audience on the corner of the yard; there’s no border between where the set ends and the theatre begins. We’re in that yard with the characters, and any one of us could be experiencing what they are.