GG: How did the idea for Fly originate? What was the inspiration to do a new version of J.M. Barrie’s novel? 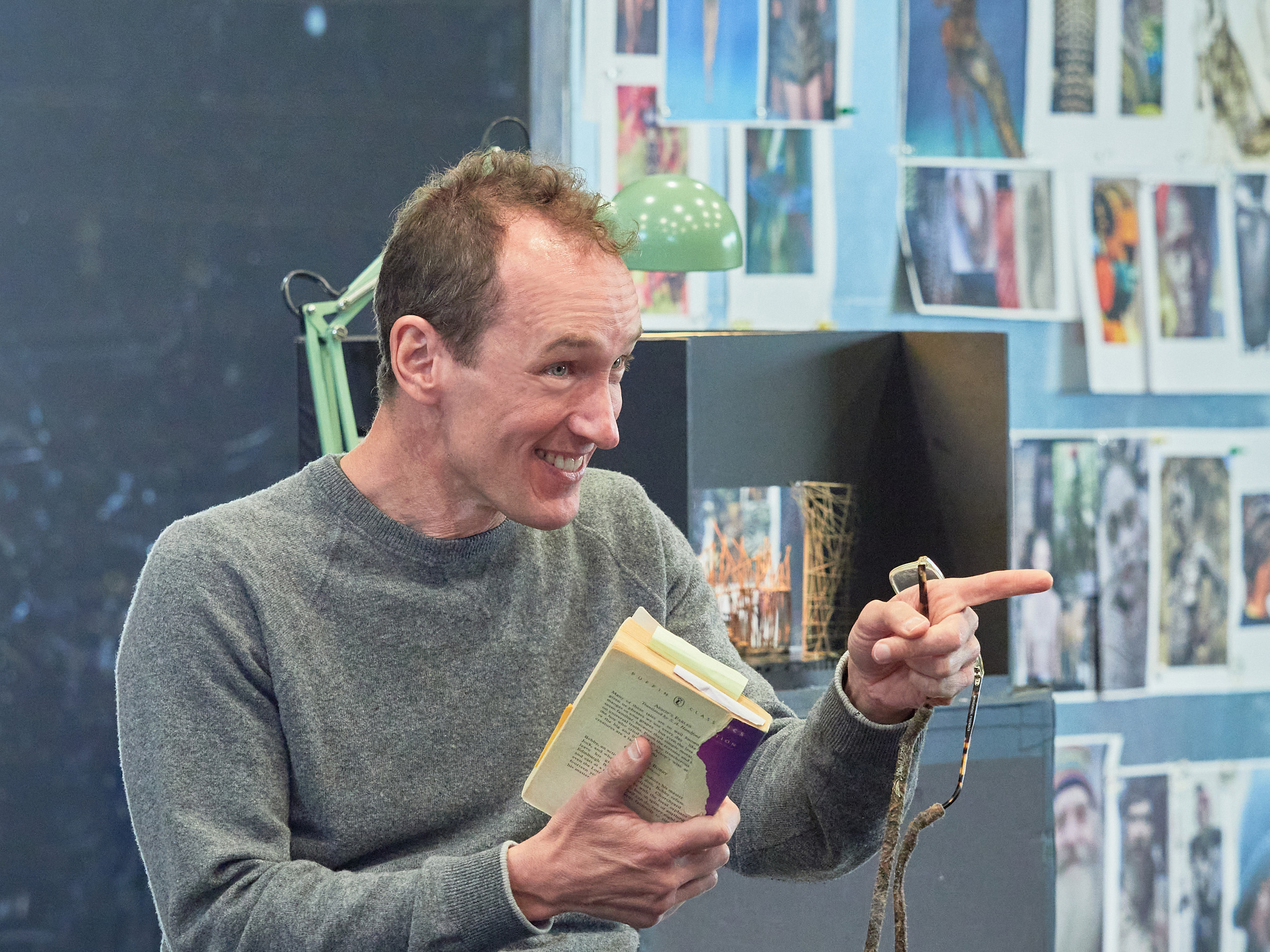 JS: It was the summer after In the Heights had premiered on Broadway [in 2008]. I was thinking about my next projects, and I came across the novel Peter and Wendy in my house and I thought, “Well, that could be a musical.” And then I thought, “Well, it already is a musical.” And then I thought, “Well…but it’s not a definitive musical.” And what I mean by that is, many of us are familiar with the musical as it was presented on Broadway with Mary Martin in the ‘50s, which had a score by Carolyn Leigh and Mark Charlap with Jule Stein and Betty Comden and Adolph Green. But three years before that, there was another Peter Pan musical on Broadway starring Jean Arthur that Leonard Bernstein composed and wrote the lyrics to. And right around that time, Disney premiered an animated movie of Peter Pan with its own score – so in the course of 10 years, you had three different Peter Pans with three completely different scores. And then in the early ‘70s, when I was a kid, I saw on TV Mia Farrow play Peter Pan opposite Danny Kaye as Captain Hook [with a score by Anthony Newley and Leslie Bricusse]. So I just felt like this story has the latitude for another interpretation.

RJ: I didn’t know Jeffrey personally, but about ten years ago my agent told me Jeffrey was going to come out and see my play Bengal Tiger at the Baghdad Zoo in Los Angeles, and he wanted to chat about maybe making Peter Pan into a musical. We had lunch together that lasted about three hours, and it was great. It was a favorite story of ours growing up. Jeffrey communicated to me that while it had been done in many great ways – as plays, as musicals, as movies, as books – there was space and room and a need for it to be done again.

GG: What is it about this story that keeps us returning to it time and again?

RJ: As a kid, the thing I loved about it was that it was a kid kicking all the grownups’ butts. I thought that was really winning. There’s a lot going on in the story that makes it timeless: growing up, staying young, adventure, running away from home, going back home. These are all elements of the story that I think remain important to us.

JS: Rajiv, you’re making me think about an idea, which is that kids often feel powerless in their environment, in their family, in their world, because their parents have power, their teachers have power. And what you’re saying is that, in liking Peter because he kicks all the adults’ butts, here is a great character who has power. That is part of what attracts us: here’s a kid who expresses power, particularly over adults.

GG: How early in the process did you decide to turn the focus on Wendy as your protagonist?

JS: Our mission was to follow the novel, which Barrie wrote seven years after the play premiered in the West End in 1904. In this novel, he goes deeper. He gets more whimsical, he gets more existential. And the novel begins with Wendy. So we just took his lead.

GG: Bill, as the composer, what was it about the story that inspired you to jump onboard?

BS: We’d just finished opening In the Heights. Jeffrey and [Lin-Manuel Miranda] had talked about this project, and Lin recommended me. Jeffrey wanted to make something that didn’t sound like normal Broadway fodder. I very distinctly remember creating a sound collage of what I thought [Fly] would sound like, sort of pitching myself to Jeffrey. I majored in West African music in college and went to Africa a few times to study percussion. The collage was this stuff I listened to in college and was really into, and so I pitched that to him and he really liked it. And then we talked about what the show should sound like. We developed this whole drumming language, this whole native tongue of Neverland. The big thing was that we wanted it to sound like campfire songs. That’s what we kept discussing: these were songs you’d sing around a campfire. Honestly, it would be similar to the songs I write for Sesame Street, which really stick in your head. So then Jeffrey sent me and Rajiv away to his home for a week, and we wrote a bunch of the songs. We’d never met each other. I picked him up in Brooklyn and we drove out to Jeffrey’s house. The Winter Olympics were on, so we watched hockey and we wrote songs. We’d never written a song together. It was a wild experience.

KC: And then I came on board because these grownup lost boys realized they needed a Wendy. [laughter]

KC: I was thrilled beyond belief to be on this adventure with them. I remember reading the novel and watching the musical, seeing the woman flying. There was one song in that show that, when I heard it, it was like, “Yes, I understand this.” It was about not wanting to grow up. When you’re a kid – especially a girl on the cusp of adolescence – it’s terrifying. So I really connected with the story; Wendy gets this glorious moment to go on this adventure in Neverland, but then she realizes there’s an even more important adventure, and that’s the adventure of growing up.

GG: Fly had its first production at Dallas Theater Center in 2013. What did you learn from that production, and how has it informed the work you’ve done since?

BS: Honestly, I was amazed by what we could pull off, as opposed to what we couldn’t pull off. I had no sense of what the flying aspects were, or the scope of what Jeffrey had in his head. We’d always just been sitting in a room talking in figurative form. To actually watch it go from his head to the stage was mind-blowing to me.

KC: What I love about this show is that everything about it is so organic. To watch how that happened at DTC, how all the elements of production combined so effortlessly, that was a learning experience for me.
GG: How does your collaborative process work as a team?

RJ: I view it as a several-year long conversation that we’ve been having and sharing. Especially since Dallas, we would all do our work, then gather at Jeffrey’s office to read it out loud and hear recordings of songs that Bill had done. Then all of that would lead to new discussions and challenges that we saw ahead of us. It’s been this ongoing conversation that’s been punctuated here and there by actual workshops with actors in a rehearsal space, so we could hear it out loud and see it in front of a small group of people who would respond to it. 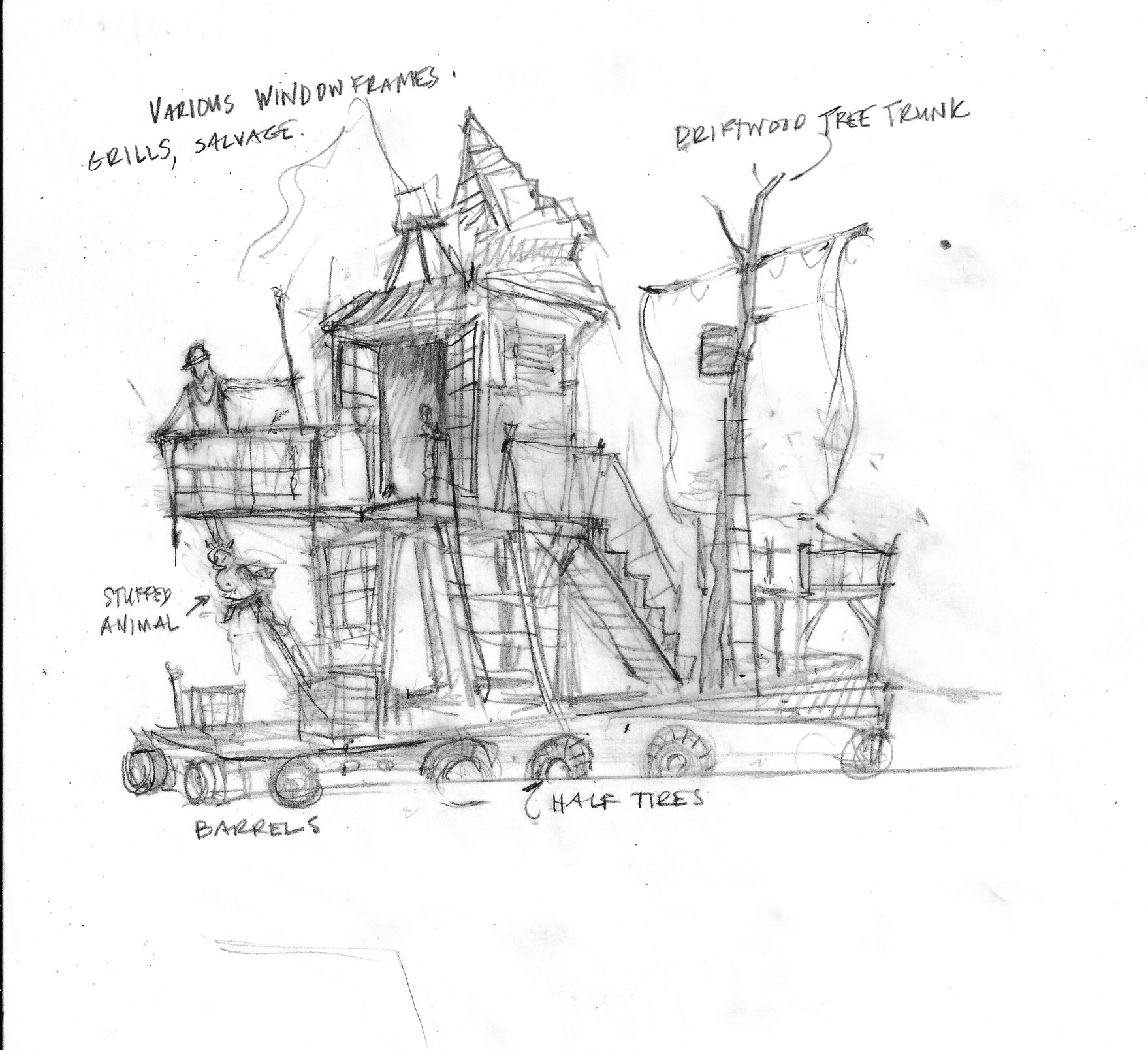 GG: Jeffrey, I’m going to do everyone’s favorite thing, which is to recite back to you something you said on a website.

BS: This should be good.

GG: You filmed an interview about storytelling in which you said your process is primarily about searching for those special moments in which the hair stands up on your arms.

GG: How are you hoping to achieve that in this production?

JS: When I go to a musical, I always hope and yearn to hear an aural soundscape that I’ve never heard before. I was 15 years old the first time I heard the score to Evita, and my mind was blown; I’d never heard anything that could mix Broadway choral music and lush orchestrations with rock and roll and a little bit of Latin music. When Mimi enters Roger’s bohemian flat in Rent, and they start singing “Light My Candle,” I had never heard a show sound like that before. With In the Heights, no one had ever married traditional rap music with Broadway choral music, and once again the hair on my arms was rising.

JS: With Fly, what we have been trying to achieve since the beginning is this notion of using the drum as our primary instrument, a drum that would be organic to an island in the Caribbean or off the coast of Africa, a drum that is the sound of our hearts beating. And this notion of creating a drum circle is wholly unique and stimulates me in a whole new way. Can we make that the sound of Neverland? 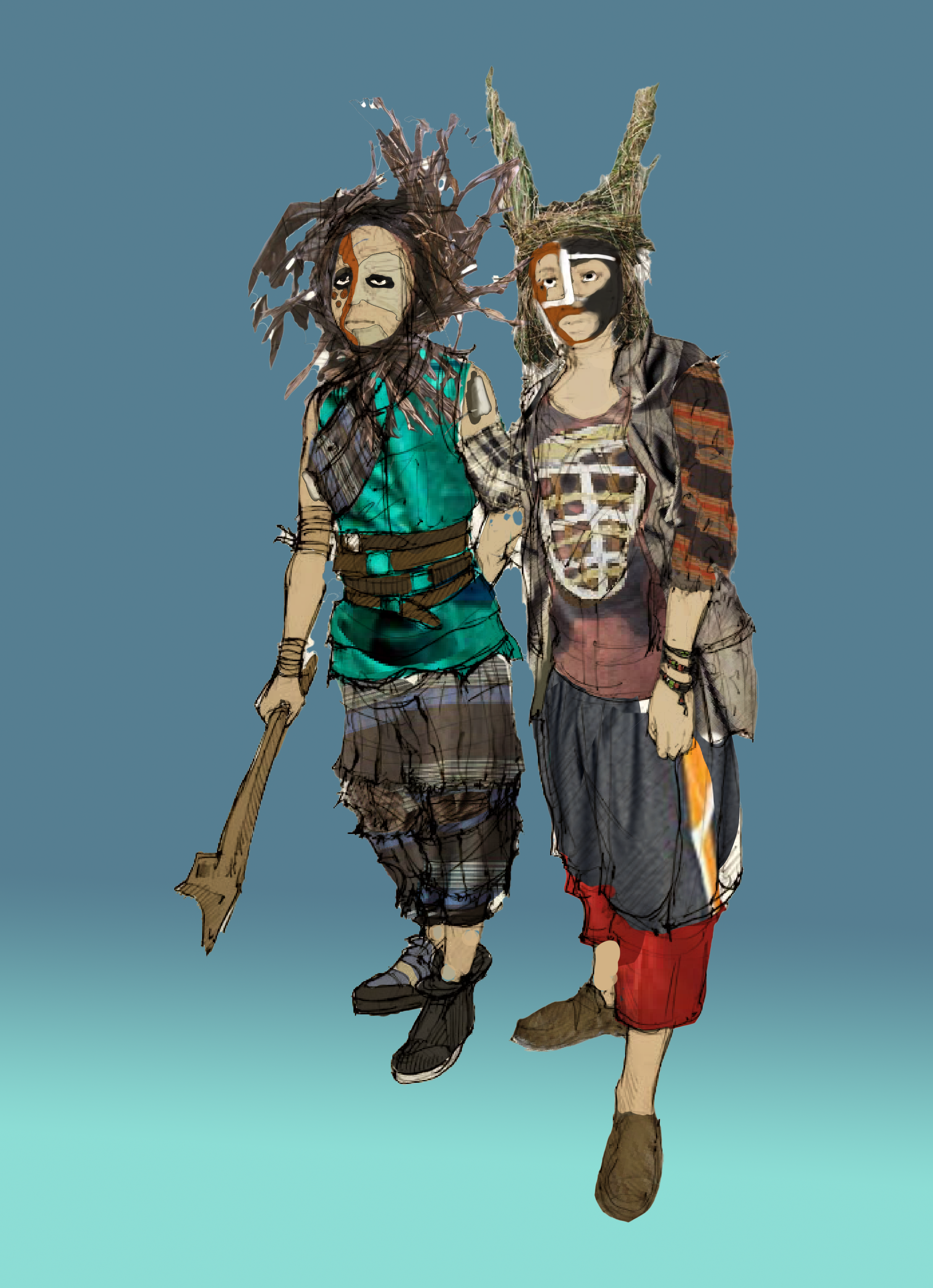 BS: A lot of Broadway scores are very complex; there’s a lot of chords, there’s a lot of “talk-singing,” as I like to call it. With this, it was, “How do you create something that’s simple and elegant?” Something that’s based in rhythm, as opposed to being based in melody – which is a weird take on it, because usually when I approach songs, it’s all about the melody. So our goal was always: how do you keep it rhythmic and “of the island,” as it were. And at that time, we were creating it all from scratch. We’re making up a drumming language.

BS: What’s interesting is that this story is something that already exists, yet we still had the freedom to make it up as we went. One of the fun parts about it is that if we asked ourselves, “Can it be this?” the answer was always, “Sure it can.”

JS: What is so special and unique about the musical theatre – and to the same degree, opera – is the opportunity we have as visual artists, as poetic and verbal artists, as musical artists to bring all of these elements together all with that same goal, which is to make the hair on your arms rise up.

GG: What are you hoping audiences will take away from the show?

KC: I hope people walk out with the idea that it’s a perfectly fine and wonderful adventure to grow up.