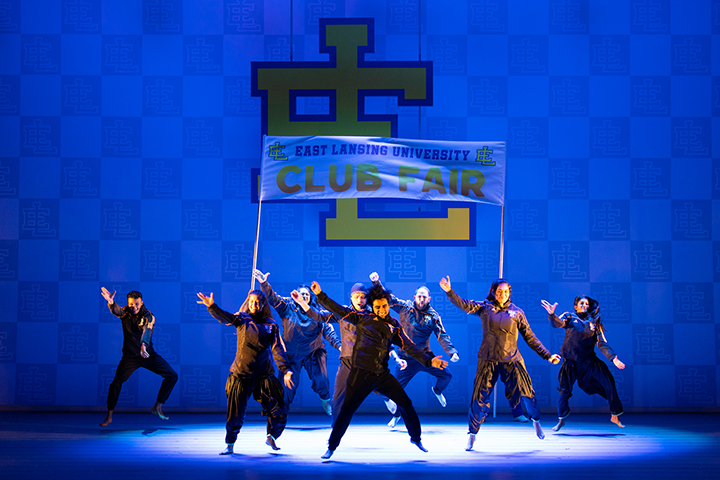 Most Americans may have never heard of Bhangra, the energetic and expressive form of Indian folk dance and music that has swept the country over the past 30 years. But the creators of a new Bhangra-centric musical now in previews at La Jolla Playhouse hope that’s about to change.

Sam Wilmott, the composer of “Bhangin’ It: A Bangin’ New Musical,” believes the musical has the potential to transform the future of the musical theater art form. The genre-bending show, which officially opens March 20, blends traditional American musical theater structure with a story about second-generation Asian Americans exploring their cultural heritage through competitive intercollegiate Bhangra dance and music.

“I’ve shared work from the show with my closest musical-writing friends and they laugh, they cry and they get involved and they have no idea how to evaluate it,” Wilmott said. “They struggle with it because of the array of sounds and styles and the way it’s in the uncanny valley of being a musical, but manifested in a way they don’t recognize. There’s this learning curve, and it feels new to them.” “Bhangin’ It” is the story of Mary, a half-White, half-Indian U.S. college student who quits the Bhangra team at her university in East Lansing, Mich., after her ideas for changes are rejected. Undaunted, she and her roommate form a rag-tag Bhangra team of their own to compete head to head against her former teammates at a national competition in Chicago.

The musical stars San Diego native Ari Afsar in the role of Mary. The daughter of a Bangladeshi father and German-American mother, Afsar grew up in Rancho Peñasquitos, starred as Cindy-Lou Who in the Old Globe’s “Grinch” musical as a child and graduated from Westview High School before earning a degree in ethnomusicology at UCLA. From 2016 to 2018, she starred as Eliza Hamilton in the Chicago production of “Hamilton.”

Afsar said she identifies deeply with Mary’s journey to embrace her identity as both an American and a South Asian descendant, and she’s excited to be part of such a groundbreaking show.

“I think it’s such a beautiful, fun story talking about something really big that’s never been talked about before,” Afsar said. “I’m learning about myself through Mary’s continuous inquiry about herself and how she can belong. It has allowed me to see myself in a way I’ve never seen before.” Ari Afsar photographed at a film festival in New York in February 2020. She leads the cast of La Jolla Playhouse’s “Bhangin’ It: A Bangin’ New Musical.” (Getty Images)

Bhangra (pronounced “BAHN-gruh”) originated in the Punjab region of Northern India and Pakistan and was popularized and modernized in Bollywood films. In recent years, it has been transformed with the influence of hip-hop and reggae music forms. In the early 1990s, students at a handful of U.S. universities on the East Coast with large South Asian populations began forming Bhangra teams to build community and perform at cultural events. In 1993, George Washington University in Washington, D.C., hosted the first Bhangra showcase competition, the Bhangra Blowout. Since then, Bhangra teams have exploded at college campuses nationwide along with many large regional competitions.

Rehana Lew Mirza, who co-wrote the book for “Bhangin’ It” with her husband, Mike Lew, said she became a Bhangra “super fan” in her early college years, offering to teach writing classes at colleges around the country in exchange for free tickets to their Bhangra festivals. In her 20s, she wrote a screenplay about Bhangra but then tucked it away in a drawer to focus on playwriting.

In 2005, she met Lew, a La Jolla native, at the Ma-Yi Writers Lab, a New York development space for Asian American playwrights. Lew is Chinese American and Lew Mirza is half Pakistani, half Filipino. She introduced Lew to the world of Bhangra on their earliest dates, they workshopped her Bhangra play script together and when they married in April 2011 at the Museum of Contemporary Art in La Jolla, there was Bhangra dancing at their wedding. 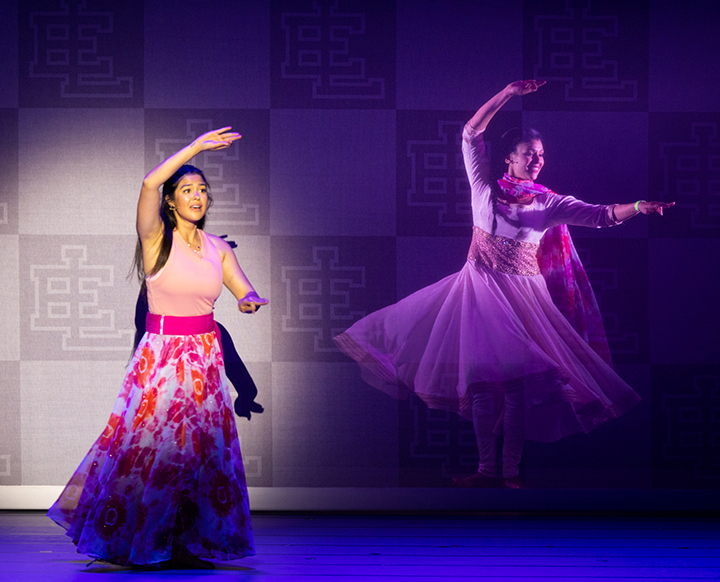 The script took a big leap forward in April 2013 when the couple were teamed with composer Wilmott in the “24 Hour Musicals” competition in Manhattan. The trio was tasked with writing a one-act musical in 24 hours, which they called “The Shotgun Wedding.” Somewhere during the wee hours of that night the subject of the couple’s long-shelved Bhangra play came up and Wilmott was intrigued to read it.

“It was so obvious to me that it was a musical,” Wilmott said. “The music and dancing is baked into the world of it. There was such potential for multiculturalism in the score. In so many ways it was modeled after the musicals I grew up loving, but it spoke to what it means to be somebody living in America today and grappling with the American experience and all of its complexities.”

Lew said he and his wife found an easy chemistry with Wilmott that helped the story expand beyond their initial imagination.

“There’s a lot of hybridity built into the script,” said Lew, whose bold comedy “Tiger Style!” made its West Coast premiere at La Jolla Playhouse in 2016. “The early reference points were Sam’s love of golden age musical theater, while Rehana and I are new to musicals but steeped in Asian American politics and identity politics and playwriting.” In a joint interview during a rehearsal break last month, all four creators spoke excitedly of their collaboration, laughed frequently and praised each others’ contributions. The quartet say the synergy of their skills has allowed them to build bridges between diverse disciplines.

“We’ve had to fight for finding the overlap in our conversation,” Wilmott said. “The joy in that is the trust we have for each other is so unilateral.”

The uniqueness of the project has attracted much praise and anticipation from theater industry leaders. In 2015, Wilmott won the Jonathan Larson grant for his “Bhangin’ It” score. In 2019, the musical won the prestigious Richard Rodgers Award for Musical Theatre, which counts among its past recipients “Grey Gardens,” “Hadestown” and “Natasha, Pierre & The Great Comet of 1812.” And in 2020, Lew and Lew Mirza won the Kleban Prize as the year’s most promising librettists for their “Bhangin’ It” script.

La Jolla Playhouse has been attached to the project for the past four years and had planned to produce the world premiere much sooner but the pandemic got in the way. Playhouse artistic director Christopher Ashley called “Bhangin’ It” an “utterly charming and vibrant new work about finding your identity and building community.”

The musical’s director is Stafford Arima, the Asian-Canadian who helmed the Old Globe-born Broadway musical about Japanese American internment camps, “Allegiance.” Singh is not only instrumentalizing the score with nearly a dozen traditional Indian instruments, he’ll also perform with the orchestra and will step onstage during dance numbers each night to perform on the two-sided dhol Punjabi drum with the 18-member cast.

The show’s choreographer is Rujuta Vaidya, a globally recognized Bollywood choreographer whose credits include the “Slumdog Millionaire” dance performance at the 2009 Academy Awards. And Bhangra dance specialist Anushka Pushpala has also joined the team.

“This show still surprises me with the way the dance feels,” Wilmott said. “It’s not like ballet or Fosse. You get in the room with it and it feels like something else. It awakens another part of you that you didn’t know you had.”

‘Bhangin’ It: A Bangin’ New Musical’ The cast of “Bhangin’ It: A Bangin’ New Musical” rehearse at La Jolla Playhouse; Photo by Rich Soublet II.