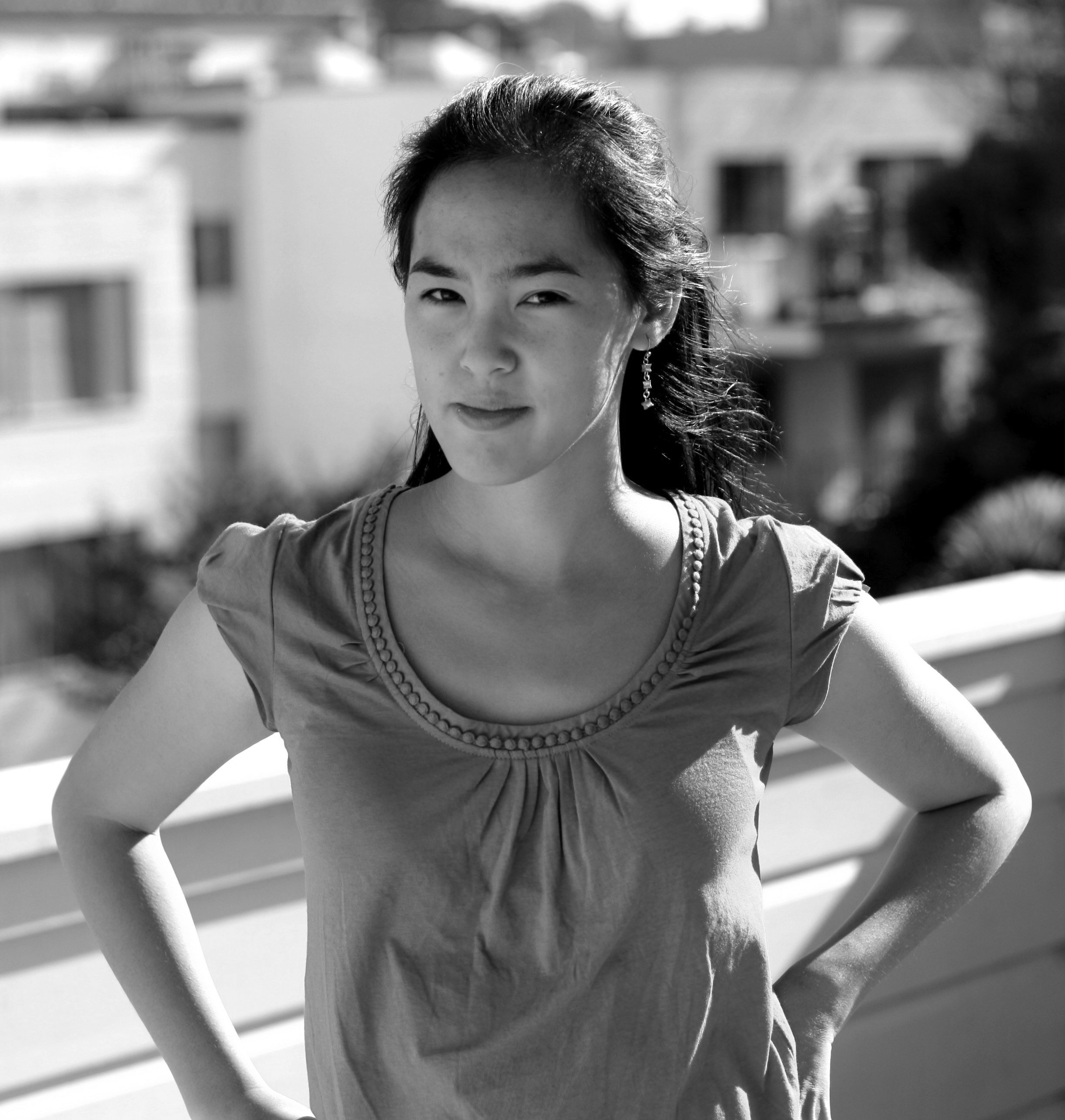 GG: What first inspired you to write a play about Cambodia and its music?

LY: It actually came from being in San Diego. In 2011, one of my friends dragged me to the Adams Avenue Street Fair to hear this band she loved called Dengue Fever. I didn’t know anything about them or their music, but as soon as I heard them play – it’s like this magical, incredible experience: you hear a band that you’ve never heard before, but the music sounds immediately familiar and relatable, but also wildly original. And that was my experience when I first heard Dengue Fever.

I went home that night and immediately Googled them. They’re a Los Angeles band that formed in the early 2000s. The lead singer, Chhom Nimol, is Cambodian American, but the rest of the band is non-Cambodian; they’re Los Angelenos who were inspired by the rich history of Cambodian surf rock. Unless you’re kind of a music junkie, you may not be aware of the whole psychedelic surf rock scene that existed in Cambodia. I certainly didn’t know about it.

LY: Prior to 1975, Cambodia was a musical hotbed. The prince at the time, Prince Norodom Sihanouk, composed his own music and travelled with his own orchestra. His wife was part of the Royal Ballet. The country as a whole had this incredibly rich music history. And in the ‘60s and ‘70s, the music scene was a collision of all of Cambodia’s music history: Afro-Cuban beats, French New Wave, Vietnam-era radio [that played American rock music]. What you end up with is an incredible combination of sound, and that’s what Dengue Fever bases their music on.

GG: Once you became aware of Cambodia’s musical history, how did that carry you to your story?

LY: I didn’t just learn about the music, it was also what happened to all those musicians after America pulled out of the Vietnam War and the Khmer Rouge took over the country. I was really struck by the way in which the Khmer Rouge targeted Cambodia’s artists and intellectuals first. The first thing to go when they took over the country was the music, and the people who made it. Reading about this, I felt like this was a staggering and incredible story. For years I was like, “there’s a play in here; one day I’ll write it.”

GG: What ultimately unlocked the play for you?

LY: In 2015, I got commissioned by South Coast Rep through their Crossroads program, which brings playwrights to Orange County for about ten days to look around and research anything they’re curious about. That experience was incredibly fruitful; it was like it had been ordained by the universe. That was when I first met Dengue Fever, because they happened to be playing a gig in Long Beach – which happens to have the largest population of Cambodian Americans in the country. A lot of the seeds that came to fruition later were first planted in that trip in 2015.

GG: How did your story take shape? Did you start with a relationship, a character, a setting?

LY: I started with the scenes set in the ‘70s, the historical parts of the play that directly dealt with the Khmer Rouge’s takeover. And early on, I found out that it really helped to have a more contemporary setting, because an American audience has so little context for what happened there. So creating the daughter character, and having part of the play be about her exploration of the past, was really helpful to let an American audience in to that history.

GG: Part of what makes the play so propulsive and unique is the live music component. Was that aspect part of your initial conception?

LY: No, I initially imagined it as a play about music. And gradually, during the initial workshop process, we started magically casting extraordinary actors with musical ability, so I was like, “Oh, well, if you have these instruments, you might as well bring them in and we’ll try playing them and see what happens.” And that’s how I realized I could create a play with music. The play would not have become what it is without those actors already having those talents.

In the show, half of the music is by Dengue Fever, and half of it is actual Cambodian oldies from the ‘60s and ‘70s. And the band plays all of it. It’s a great way to demonstrate both the original music scene that existed and modern-day interpretations of that sound. 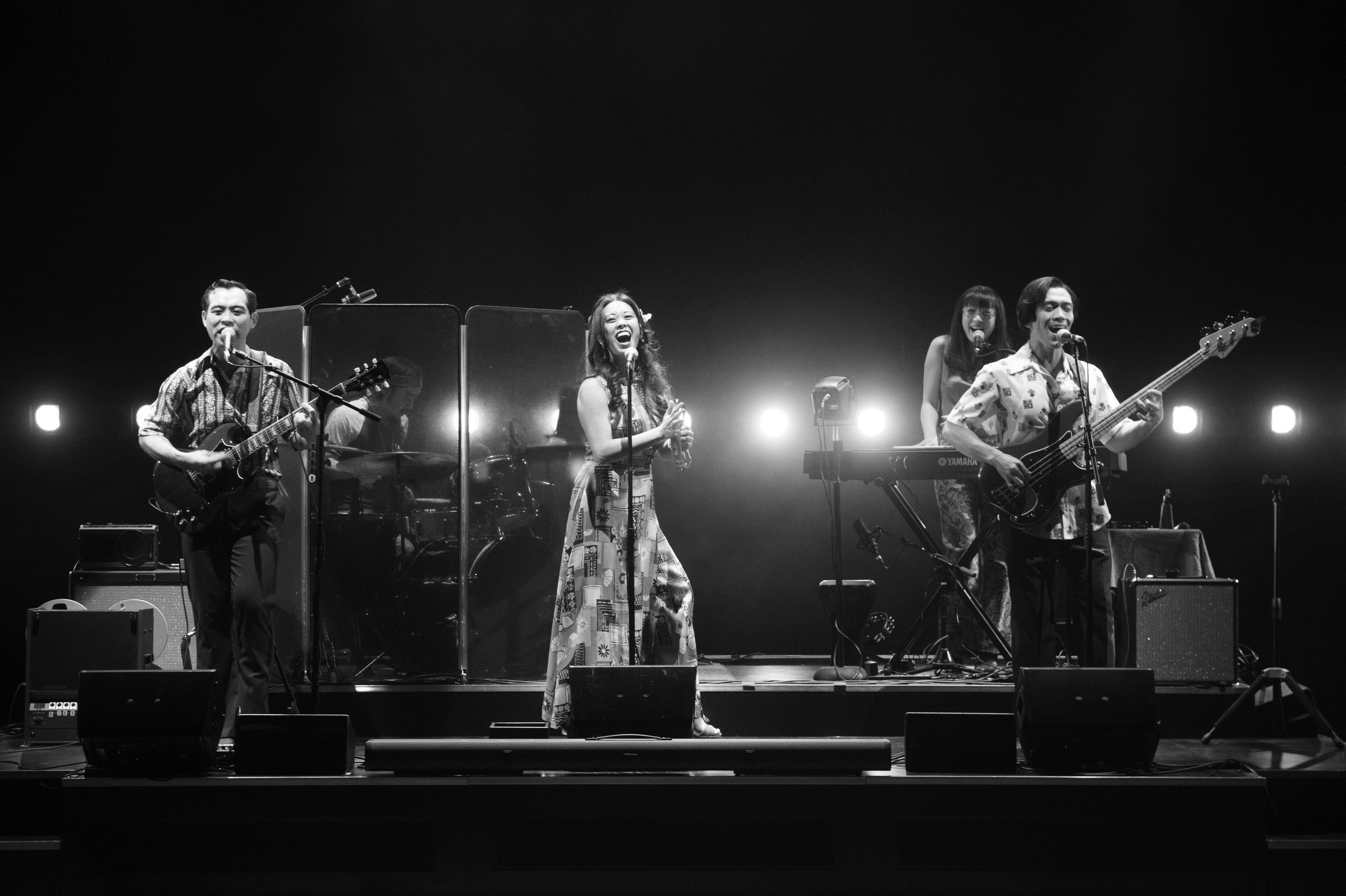 GG: Several of your plays – I’m thinking of King of the Yees, Young Americans and obviously this play – hinge on their father/daughter relationships. What keeps you coming back to that theme?

LY: My father’s an interesting person! (laughs) My relationship with my father is interesting, because in some ways, it’s really undramatic. Our relationship is actually quite good. But at the same time, like in any family, there are unspoken truths and histories and secrets that lie under the surface. And a friendly, jovial demeanor can mask those deeper traumas. The character of Chum is not my father, obviously, but he contains a lot of my father’s effervescence and avoidance.

GG: That contrast – “effervescence and avoidance” – speaks to the tonal tightrope that this play walks so skillfully. It covers a time that was incomprehensibly horrific, but it does so with a disarming sense of humor. How did you strike that balance?

LY: It was sort of through trial and error. I will say that in all of my plays, there is a deep undercurrent of painfully funny humor. These two things lie right next to each other, so any play that I write, even if it’s about the Khmer Rouge and genocide, will contain some measure of joy. My first couple attempts with this play were very dark and heavy – and this play, while it’s dramatic, is ultimately not that.

I think that [balance] came from working with one of the actors, Joe Ngo, whose parents are survivors of the Khmer Rouge labor camps. You meet his parents and they’re the most joyful, happy, wonderful, open and generous people. And that’s incongruous with how we think of survivors of genocide, so that was something that was really helpful to keep in mind with the character of Chum.

GG: It’s a joy to have you back on the campus of UC San Diego, where you received your M.F.A. in Playwriting several years ago. How did that graduate program help guide you to becoming the writer you are?

LY: UCSD taught me how to be a writer in the long run. It’s almost like it was some sort of training camp. Like, Michael Phelps is good at swimming, but how do you become someone who can continually perform and make swimming, or writing, a large part of your life? It was developing those habits of being a writer that would help me on the next play and the play after that.