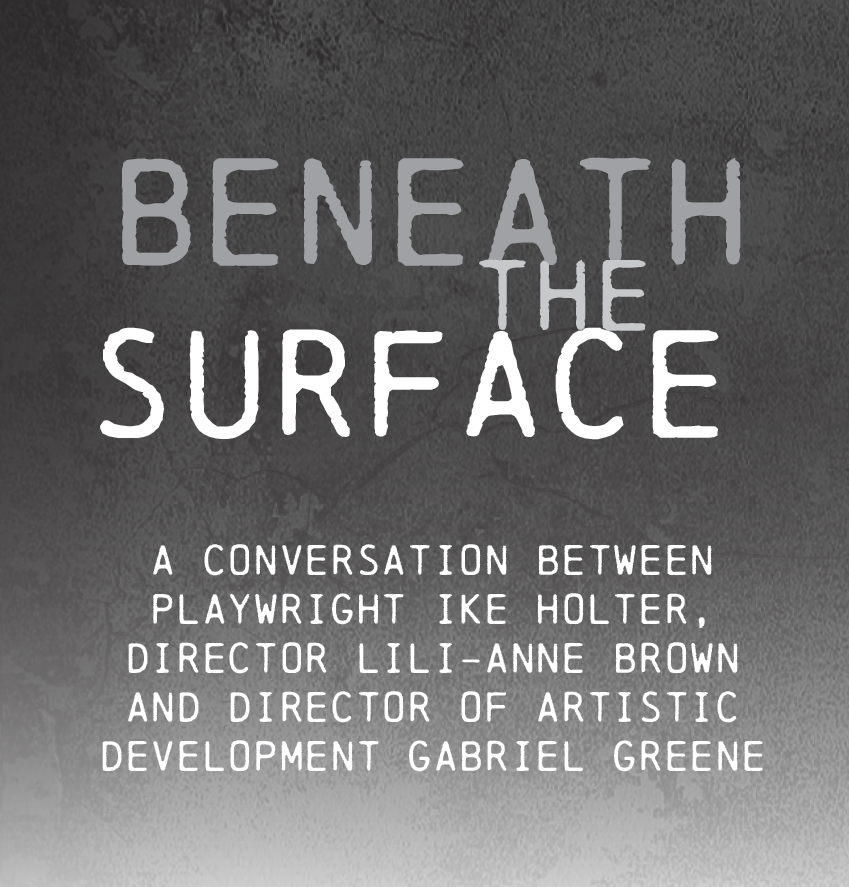 GG: What was the origin of this play?

IH: This play comes from a place of knowing that this is a very scary world. It always has been, but in the past few years it’s been more heightened. This play comes from me feeling a lot of crazy fears that, when I talk to other people, suddenly don’t seem so crazy; they seem more rational.

GG: You’re both obviously big fans of horror movies. What attracts you to that genre?

IH: I think something like Poltergeist or The Fly, those are movies that, on the surface, you think, “this is a haunted house” or “this is about body horror.” But if you look at when they were made and you watch it with that context, they’re analogies for a lot of things that were going on in the 1980s that had to do with disease or cultural fears.

All good horror has something that’s beneath the surface. Once you start realizing that, it’s impossible not to see that in everything. That was really exciting for me growing up, watching all these crazy horror movies. I wasn’t just watching them to be scared; they’re having a conversation that is actually sometimes more potent than drama. You can get a lot of points across as you scare someone. You get the audience on the hook for one thing and you can give them a bunch of other things at the same time.

L-AB: It’s our worst fears made flesh, and I think we need to work those things out. Those things need a workout.

IH: “Horror” is not a dirty word. It is a category like drama, comedy, musical or science fiction. When we start realizing that horror is an umbrella term that can be as niche as a Saw movie or as crucial as 12 Years a Slave, then we’re actually ready to talk about pain, and how people survive pain in these stories.

GG: So horror can be a kind of a catharsis.

L-AB: It can be, absolutely. It can also be a confrontation of the things that we’re afraid of, or the things we’re not even admitting we’re afraid of. Because what’s horrific to you isn’t just some weirdo in a mask with a chainsaw. A lot of things are scary, and can be dealt with in a way that is not necessarily what we think of as “realistic.” There’s nothing cheap about that; the opportunity to explore that is what makes rich horror. To some extent, everyone’s afraid of the dark.

GG: But what that “dark” means can be different to different people.

GG: What’s the fear that lives beneath the surface of this play?

L-AB: In that universal human way, we all want to connect. We all want to be seen and known and loved. And by the same token, we all – especially these days – are wondering how bad can things get, and when and if they do get bad, what am I going to do? We have our societal myths about what it means to be a hero, what’s a good death versus a bad death, how we’re going to fight the evil when it comes: “Go down fighting!” “Die with your boots on!” I’m very interested in that, because I have a story I tell myself, too, but I have to confront the fact that you can’t guarantee how it’s gonna go down when it goes down. You may have a fire escape plan if there’s a fire, but…

GG: …what if the fire escape is on fire?

L-AB: What if the fire escape’s on fire? And how do you relate to others when it gets bad? Do you isolate yourself? Do you join together? Are you a leader, are you a follower?

GG: Ike, Put Your House in Order is separate from your seven-play saga set in a fictional Chicago neighborhood called Rightlynd. For this play, you’ve chosen the real Chicago suburb of Evanston. What made it the right location for this story?

IH: Chicago is a pretty diverse place; Evanston is not as diverse, but it’s in close proximity to Chicago. There’s a lot of arguments about, “Is this part of the city? Where does the city line stop? Do we consider these people to be our people?” There’s a lot of horror where people are trapped in cities; I just think it’s interesting to put it into more of a microcosm.

GG: In your script, you begin each character description with the generation they belong to: Caroline and Rolan are Millennials, Josephine is a Boomer. Were you intending to explore
inherent generational tensions?

IH: The way we divide generations is fascinating, and I think it actually works. These [generational] postmarks come aftera big historic thing, every 20-25 years. The way you deal with crises is different if you were raised in a place where you knew how to run fast, if you know how to spread information without using technology, if you know how to survive on your own. That’s different with people (holding up his phone) who are accustomed to having everything they know really close to them, that they can look up but not necessarily memorize. I don’t think this is a play about that, but I do think that it’s important that, at moments of really high tension, people of different generations can be in the same room and deal with it completely differently.

GG: This is the fourth collaboration between you two. What is it about each other that keeps you coming back to work together?

IH: We’re both people who tell it like it is and call it as we see it. If you want to say what’s on your mind, we’re going to listen to it, whether it’s an actor around the table or an assistant in the back of the room. Every voice has equal weight here. In the rooms we tend to cultivate, people feel empowered to speak out, and that’s how plays get better.

L-AB: We both have the same flavor or vibe. When I read Ike’s words, they speak to me on the page and I can already hear them.

GG: Lil, you cut your teeth directing musicals before turning your attention to new plays. Does that musical theatre vocabulary come in handy when directing Ike’s plays?

L-AB: Ike’s plays are basically tacit musicals to me. I hear the rhythm of the scenes, I hear the music, the groove. The way he writes dialogue is very melodic and very rhythmic; it’s like a musical score.

IH: Something that comes with directing musicals, I think, is respect for shifting genres. Because a musical isn’t just a musical; it’s a romance that’s also a musical, it’s a dramatic musical, it’s a sci-fi musical. I don’t have plays that are just, like, “this is a sad play or a happy play.” Something like Put Your House in Order lives in three distinct worlds, and I think many directors would want to center it in one and shove the other ones to the side because they’re too weird.

Lil is not just a great director of musicals, she’s also an avid listener and reader and she knows a lot of useless pop culture info. It’s rare that I can reference a 1990s Anita Baker song as a feeling [for a scene] and the director goes, “I know exactly what you mean.” That’s a really rich and rewarding thing, because once you start honoring genre, it makes the audience say, “Oh, it’s okay if I go full nerd on this.” We both share a disrespect for pretension, and we embrace a more open way to get an audience lit. 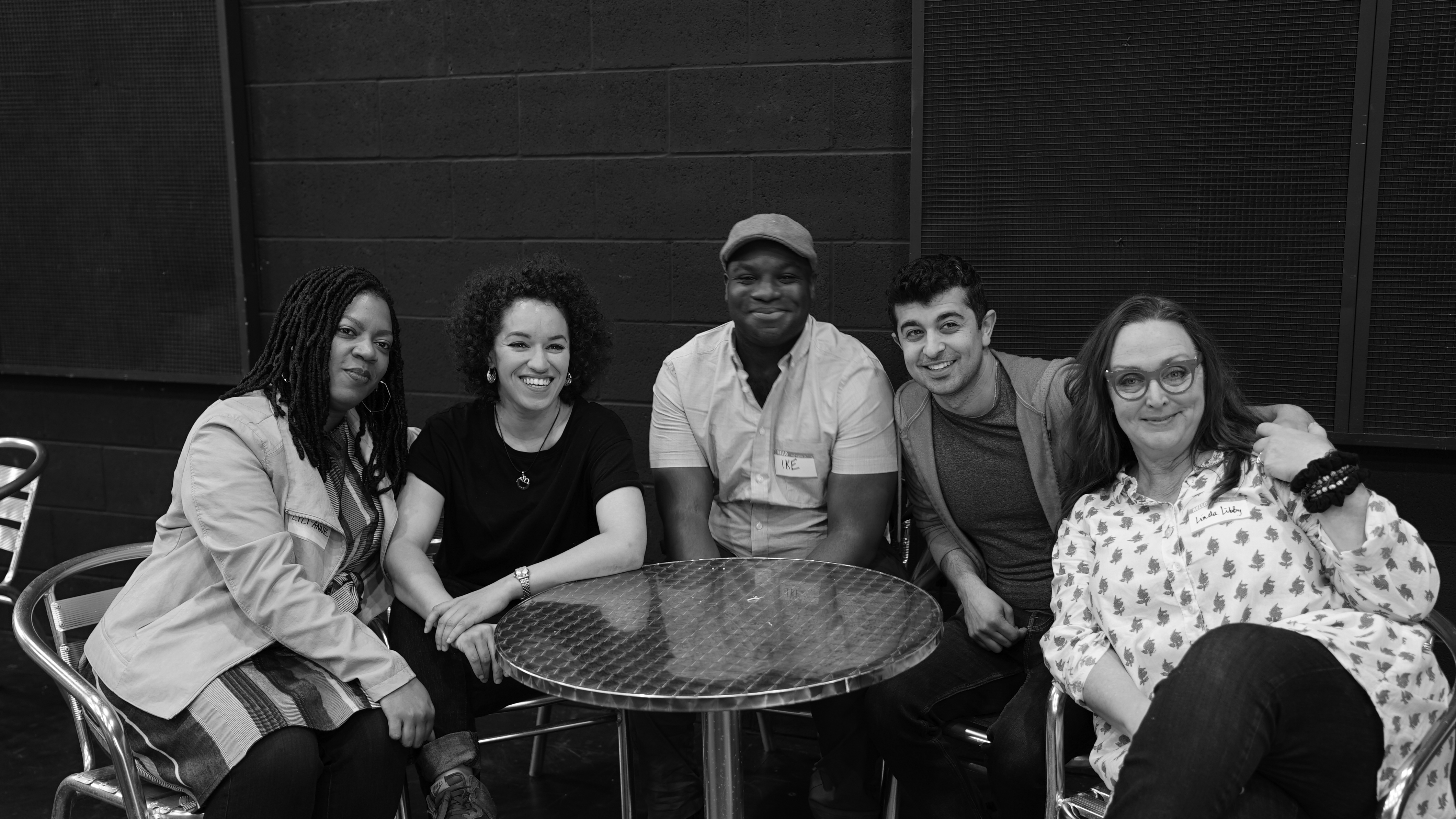